Has Miami Turned Into an Unattractive Destination for Big-Name Free Agents? 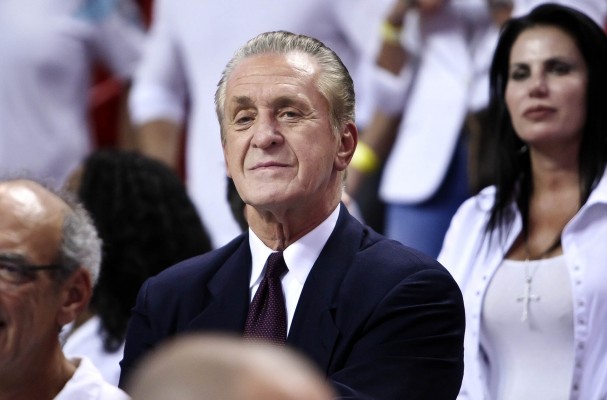 Greg Cote of the Miami Herald recently wrote about how the Miami Heat have gone down swinging this offseason, missing out on Gordon Hayward and Kyrie Irving — both now members of the resurgent Boston Celtics.

On the surface, Miami would seem to be an ideal destination for athletes: no state tax, beaches, great weather, the “social” aspect. The Heat, on the other hand, have only gotten the window shopping treatment, with no players in a hurry to get down to South Beach.

Cote doesn’t offer any reasons for the strikeouts, nor any real speculation. So let’s spitball on why Miami hasn’t caught any whales, since LeBron James‘ exodus back in 2014 to the Cleveland Cavaliers.

First, there must be a discussion on the matter of loyalty, and what it means exactly. In an ironic turn, team president Pat Riley instigated the start of the current movement of high mobility amongst upper-tier NBA talent with the recruitment of James from Cleveland.

Four Finals trips and two titles later, he expected James to re-up, calling for loyalty to what they’d started. He even castigated James’ move back to Ohio publically. It was obvious that he read both James and the situation incorrectly — believing he’d been instrumental in James coming to Miami, to begin with.

There’s more evidence that Riley has continued to be worried about the wrong thing, as may have been exemplified in his pursuit of Hayward — taking what could be perceived as a shot at James.

Riley on going after Hayward, "In this game you have to try to stay one step ahead of the posse, and in this game, the posse is Cleveland."

Riley also badly misread franchise cornerstone Dwyane Wade last offseason, before he bounced up to the Windy City after contentious negotiations. Wade felt disrespected in not receiving what he believed he deserved — money and preferential (or reverential) treatment. In other words, Riley didn’t give Wade his version of the “quan.”

Wade could be back in Miami, after a likely reunion/Finals run with James in Cleveland, but that’s likely for familial reasons as much as reconnecting with South Florida and the Heat — in that order.

Then, there has to be stark honesty about the Heat’s current roster. Aside from Hassan Whiteside and rookie Bam Adebayo to some extent, the rundown of talent doesn’t yet inspire thoughts of a future ring ceremony. Riley was willing to move both Goran Dragic and Justise Winslow for Irving, a player that likely wouldn’t have led them beyond their current playoff standing by himself.

Even further, they don’t have any signed assets a contending team would clamor for, or trade even up, dollar for dollar. In fact, they’re currently built as such that they won’t have any real relief until after the 2019-20 season. The top player salaries for that season are listed below. It would be noted that 2018-19 is roughly the same.

The figures for Whiteside and Dragic are player options. Unless Whiteside turns into Bill Russell in a league long trending toward elite wings, and Dragic thinks he can find more money as a then 33-year-old point guard (even over two years), the likelihood of those players taking the 2019-2020 money is reasonably high.

Frankly, the Heat front office has made some potentially brutal decisions. Case in point, after next season, Tyler Johnson — a combo guard who had no starts last season — will be paid a combined $38 million over the following two seasons after next. His so-called “poison pill” contract is virtually untradeable. Tyler Johnson is athletic and has moxie, but now has to become a legitimate starter, even over Waiters, to justify his bill.

In the macro, the Heat are still a playoff team with players who could be great (Whiteside) or very good (Johnson) in the near-term, making their respective contracts worth every penny. However, as it stands today, the league’s Rolls Royce players likely haven’t seen anything resembling a championship-level threat to Cleveland or Golden State with their addition to the Heat roster.

With the increasing emphasis on winning titles, or at least making the Finals on a consistent basis — or being absolutely terrible to get high draft picks — Miami will continue to be on the outside looking in for the foreseeable future.
[xyz-ihs snippet=”Responsive-ImagenText”]