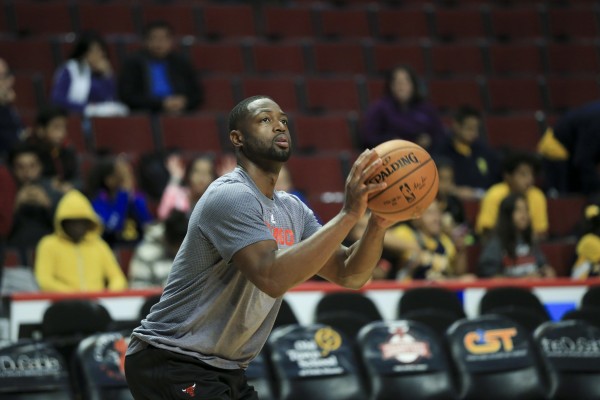 Following rumors that the Chicago Bulls intend to buy out the contract of shooting guard and three-time NBA champion Dwyane Wade, a return to the Miami Heat for the three-time champion has surfaced as a realistic option.

For Heat fans who are anticipating a Wade reunion in Miami, a positive sign increased the likelihood of that event occurring in the near future when WINZ radio host Andy Slater tweeted a surprising bit of news on Monday night.

I can officially confirm that Dwyane Wade's kids are back at school in S. Florida, no longer in Chicago.

This does not necessarily confirm Wade for a potential 14th season in a Heat uniform, but it wouldn’t make much sense for him to transfer his kids to a South Florida school and not play for the Heat.

Wade still owns a multi-million dollar mansion in Miami, a property that he chose not to sell despite his move to play for the Bulls.