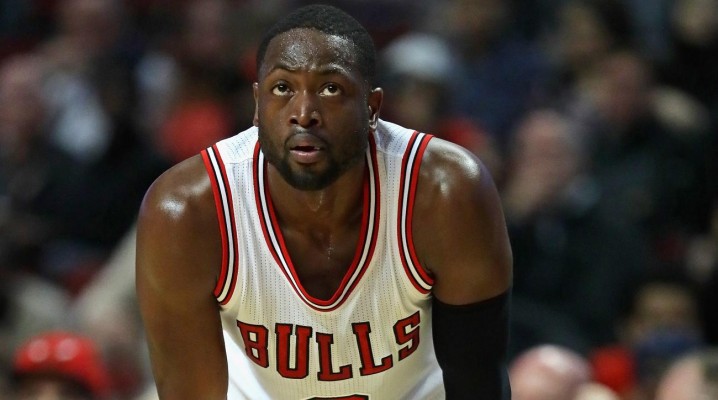 When Dwyane Wade decided to leave the Miami Heat as a free agent in July 2016 to sign a two-year deal with the Chicago Bulls, he was leaving the only team that he had ever played for during his 13-year NBA career. At the time, the prospect of Wade ever donning a Heat jersey again seemed far-fetched, but the current rumor mill is indicating that the Bulls could be just months away from buying out Wade’s contract.

Nick Friedell of ESPN.com reports that due to the Bulls having undertaken a rebuilding plan, the 35-year-old Wade and his $23.8 million salary for the upcoming year are the chief reasons why the buyout is expected:

“Dwyane Wade isn’t long for the organization’s future and is expected to reach a buyout agreement at some point in the next few months.”

Right now, that information is just speculative, since Bulls general manager John Paxson and head coach Fred Hoiberg have indicated that no buyout is in the works. However, over the past couple months, the Bulls have traded Jimmy Butler to Minnesota and lost Rajon Rondo to free agency, and with a playoff berth a longshot at best, a more realistic assessment is that Wade will become available soon.

If that happens, the Heat are a strong possibility to re-sign him. The animosity between Wade and the organization in the immediate aftermath of the signing has ended, with Wade indicating earlier this year that he could end his career with the Heat after all.

The idea of Wade choosing another potential destination like the Cleveland Cavaliers has faded over the past few months. That’s because of that franchise’s front office turmoil and the uncertain status of Wade’s close friend LeBron James beyond next season.
[xyz-ihs snippet=”HN-Native-EndofArticle”]