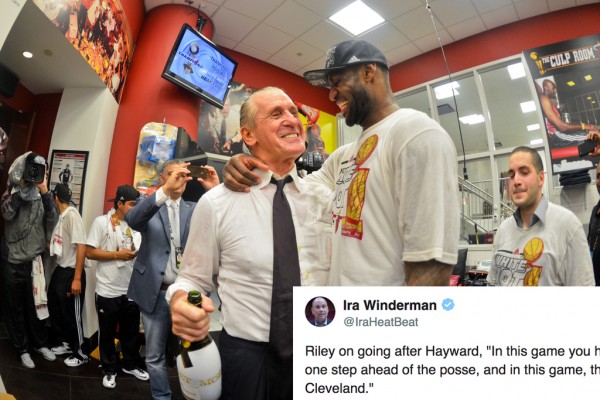 The Miami Heat are still looking for more offseason moves to make to help them take the next leap forward in the Eastern Conference. While their attempt to bring big name free agent Gordon Hayward eventually fell flat, it’s clear that team president Pat Riley does not regret going after him.

Speaking with the Sun Sentinel‘s Ira Winderman, Riley both gave a rock-solid explanation for their pursuit of Hayward, and took a subtle jab at former Heat star LeBron James and his current team, the Cleveland Cavaliers.

Riley on going after Hayward, "In this game you have to try to stay one step ahead of the posse, and in this game, the posse is Cleveland."

Despite James and Riley’s shared success in the past, it’s clear that he and the Heat don’t plan on holding any punches as the the two teams look to advance deep into the playoffs this upcoming season.
[xyz-ihs snippet=”HN-Native-EndofArticle”]