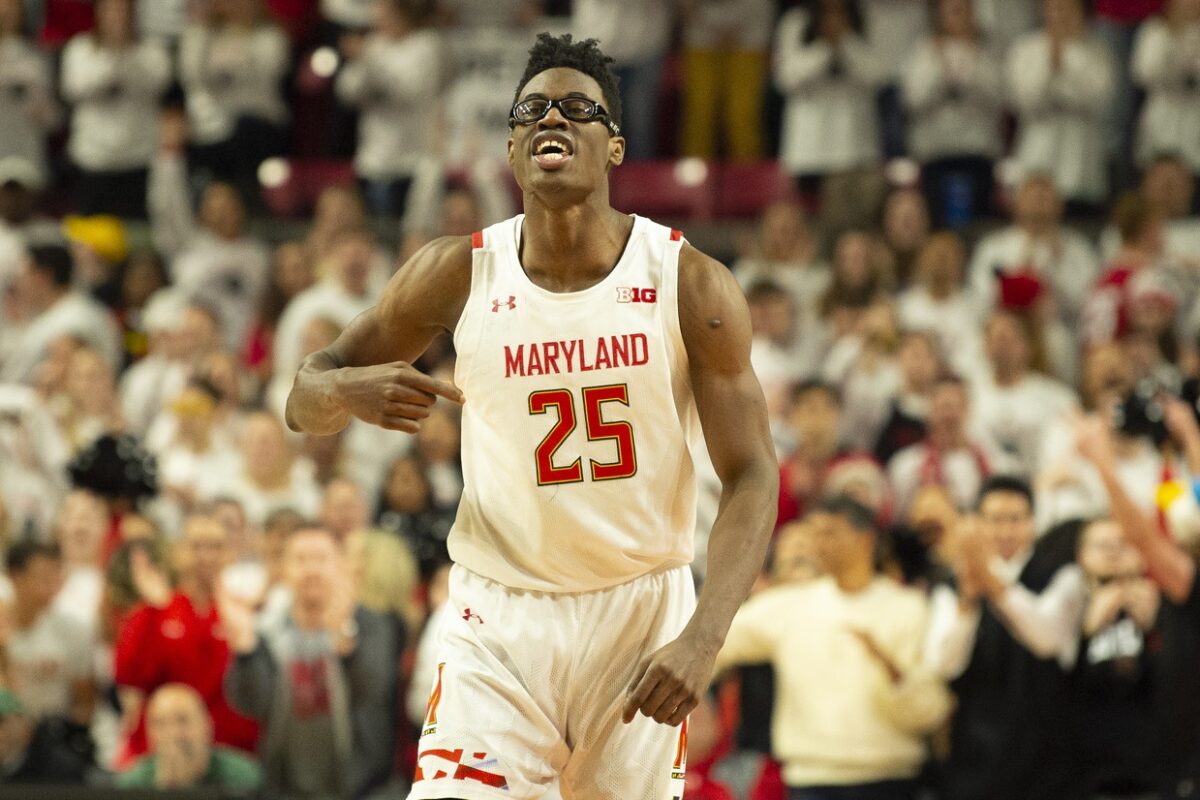 The NBA draft allows for teams around the league to find promising young players that develop into key parts of a franchise.

Over the years, the Miami Heat have found some success with their draft picks. In the 2003 NBA Draft, they selected Dwyane Wade, who turned out to be a franchise legend and arguably the best player in Heat history.

Bam Adebayo and Tyler Herro, two important pieces of the Heat’s current roster, were also selected by the team in recent drafts.

The Heat currently hold the 20th overall pick in the upcoming 2020 NBA Draft, which is scheduled to be held on Nov. 18.

In recent weeks, Miami has been linked with multiple different prospects, all of whom would be interesting selections for the team. It has also been reported that the Heat’s draft pick has been one of the most prevalent in trade talks throughout the league.

If the Heat do end up deciding to hold onto their pick, here are five prospects that they should seriously consider.

Smith is one of the players that the Heat have reportedly shown interest in, having requested a Zoom session with the University of Maryland product.

The 20-year-old had a superb sophomore season this past year, averaging 15.5 points, 10.5 rebounds and 2.4 blocks per game, while shooting 53.8 percent from the field and 36.8 percent from three. Smith showed drastic improvement in his offensive game as well as his defense.

Smith would fit in perfectly with the Heat. If Miami were to select him, Smith would most likely start out as a backup to Bam Adebayo. It became evident during last season that the Heat need to acquire another rim protector.

If they see minutes together, Smith and Adebayo would also be a scary frontcourt pairing. Smith’s ability to protect the basket and stretch the floor on offense would certainly benefit Adebayo.

Smith is also a good athlete for his size and runs the floor well. That athleticism will help him in cases where he takes his defenders off the dribble or when he gets switched onto a smaller and quicker player on defense.

Areas of improvement for Smith include strength, which can undoubtedly be bettered with the Heat’s rigorous conditioning program, and his playmaking.

Some mock drafts have had Smith falling to the Heat, and if he is available at No. 20, he would be a fantastic option for the Heat. 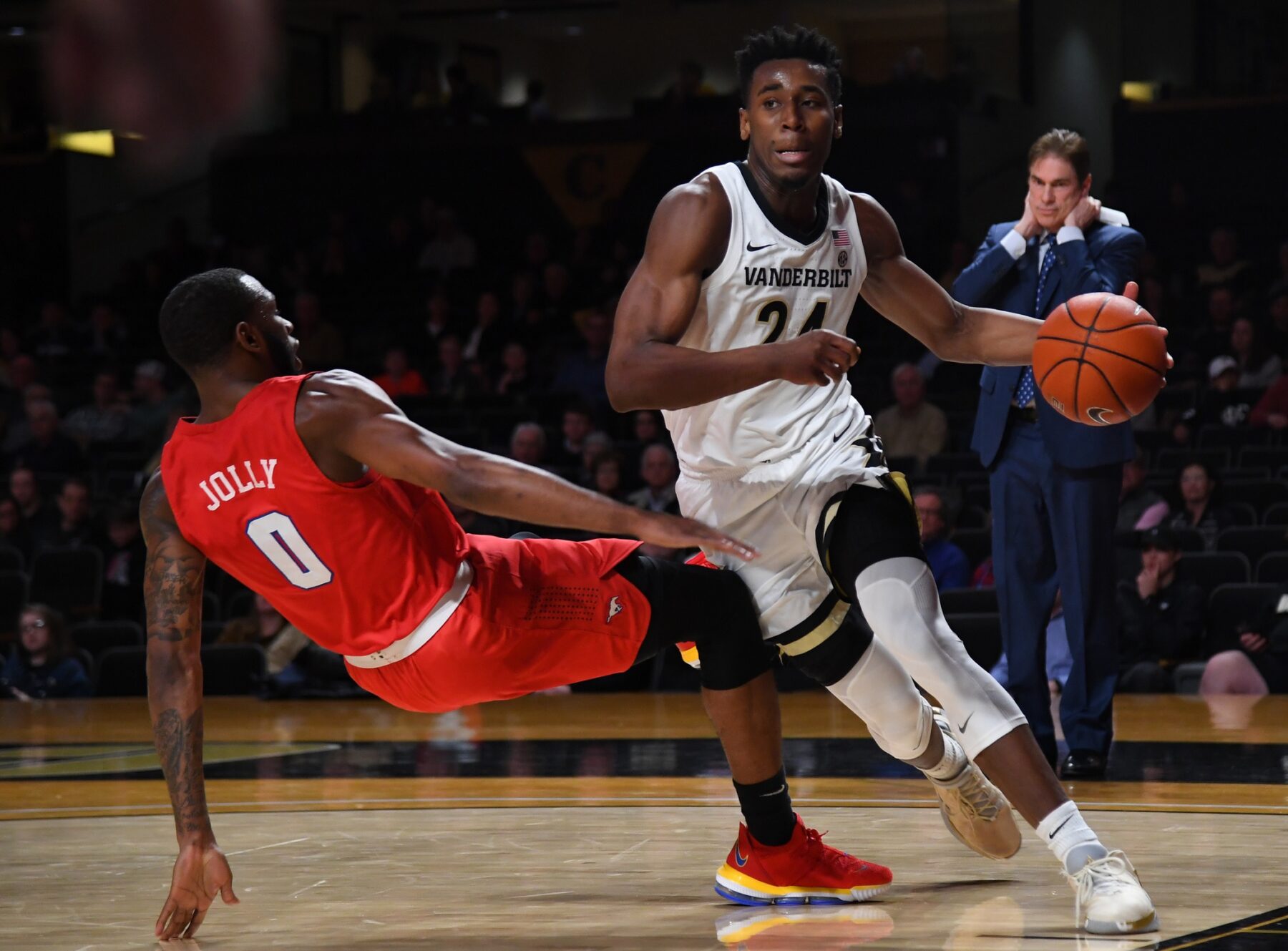 Nesmith was one of the most improved players in college basketball this past season, averaging 23.0 points and 4.9 rebounds per game, while shooting 51.2 percent from the field and 52.2 percent from three.

The 21-year-old was one of the best players in the country before suffering a stress fracture in his right foot in January that ended his season early.

Nesmith’s biggest strengths are his elite shooting and ability to move off the ball. His 52.2 percent shooting from three came on 8.2 attempts per game. The Heat have shown that they know how to consistently get their shooters, like Duncan Robinson, lots of open looks each game. Nesmith’s shooting would flourish in a system like Miami’s.

His size and frame have also allowed him to become a solid defender, averaging 1.4 steals and 0.9 blocks per game last season for Vanderbilt University. He was constantly active on defense, showing off his defensive ability that should translate to the next level.

Nesmith has to improve on his playmaking (he only averaged 1.3 assists per game during his two seasons at Vanderbilt) as well as his finishing around the rim.

He has reportedly already worked out for the Heat, which means that the team has already gotten a closer look at him.

Many mock drafts have Nesmith being selected in the lottery and it seems unlikely that he falls to the Heat at No. 20. However, if he is still there when it is the Heat’s turn to pick, he would be another great option to consider. 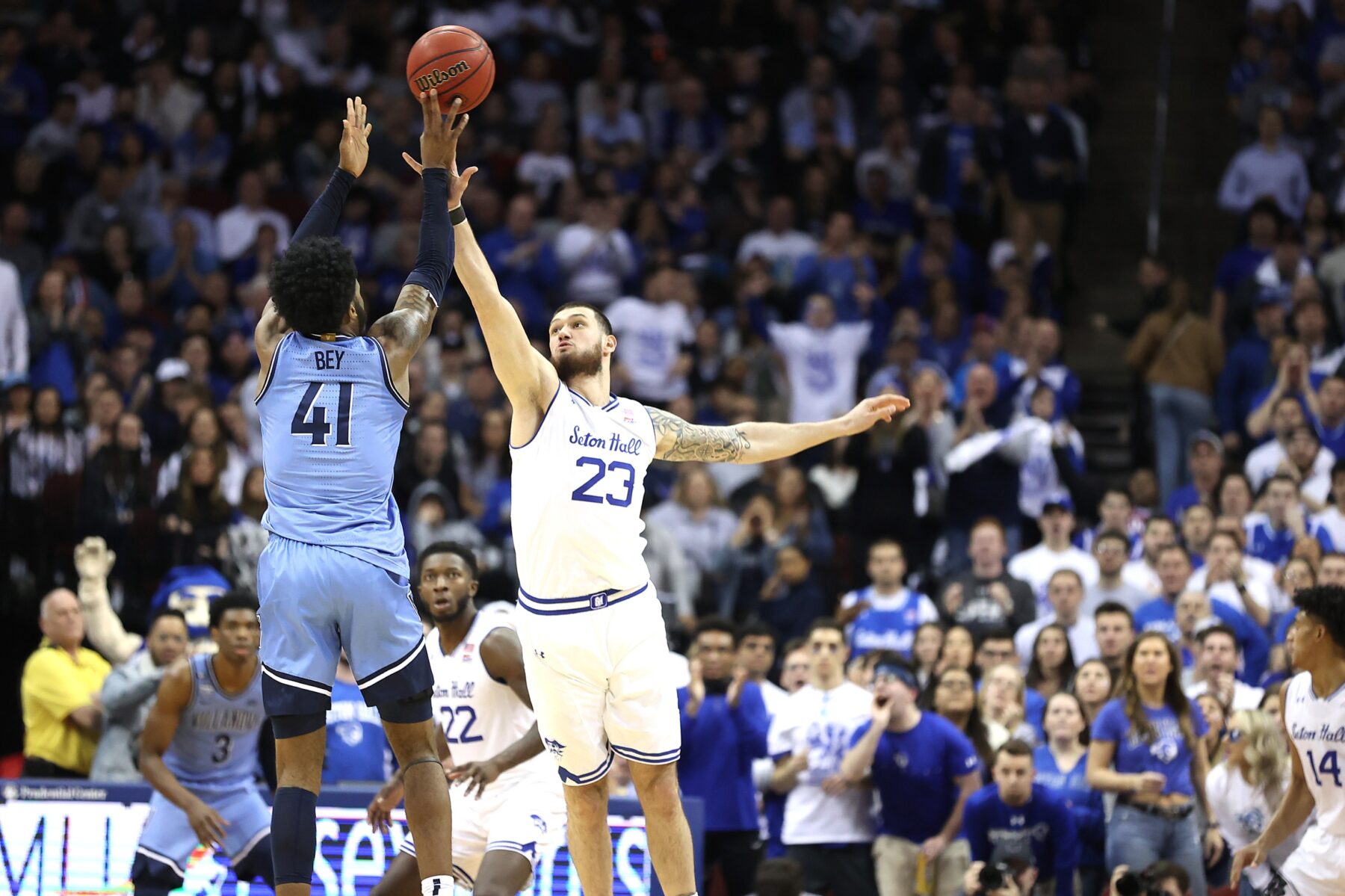 Bey is one of the players in this draft that fit the best with the Heat. The 21-year-old is coming off a sophomore season where he averaged 16.1 points, 4.7 rebounds and 2.4 assists per game while shooting 45.1 percent from three.

He is a prime example of a 3-and-D type of player that would fit in well with Miami. At 6-foot-8, he has the height, as well as the athleticism, to guard multiple positions in the NBA. While representing Villanova University in college, Bey constantly smothered standout players like Markus Howard and Devon Dotson.

He could immediately contribute on the Heat, and he’s mentioned that he is ready to play whatever role is asked of him.

In the future, Bey will need to work on his explosiveness, which will allow him to beat others off the dribble. He currently has a good enough handle on the ball for a player his size, but he needs to be quicker in order to finish plays off.

If the Heat decide to let Jae Crowder walk in free agency or include Andre Iguodala in a potential trade for a star, Bey could end up being the perfect replacement. 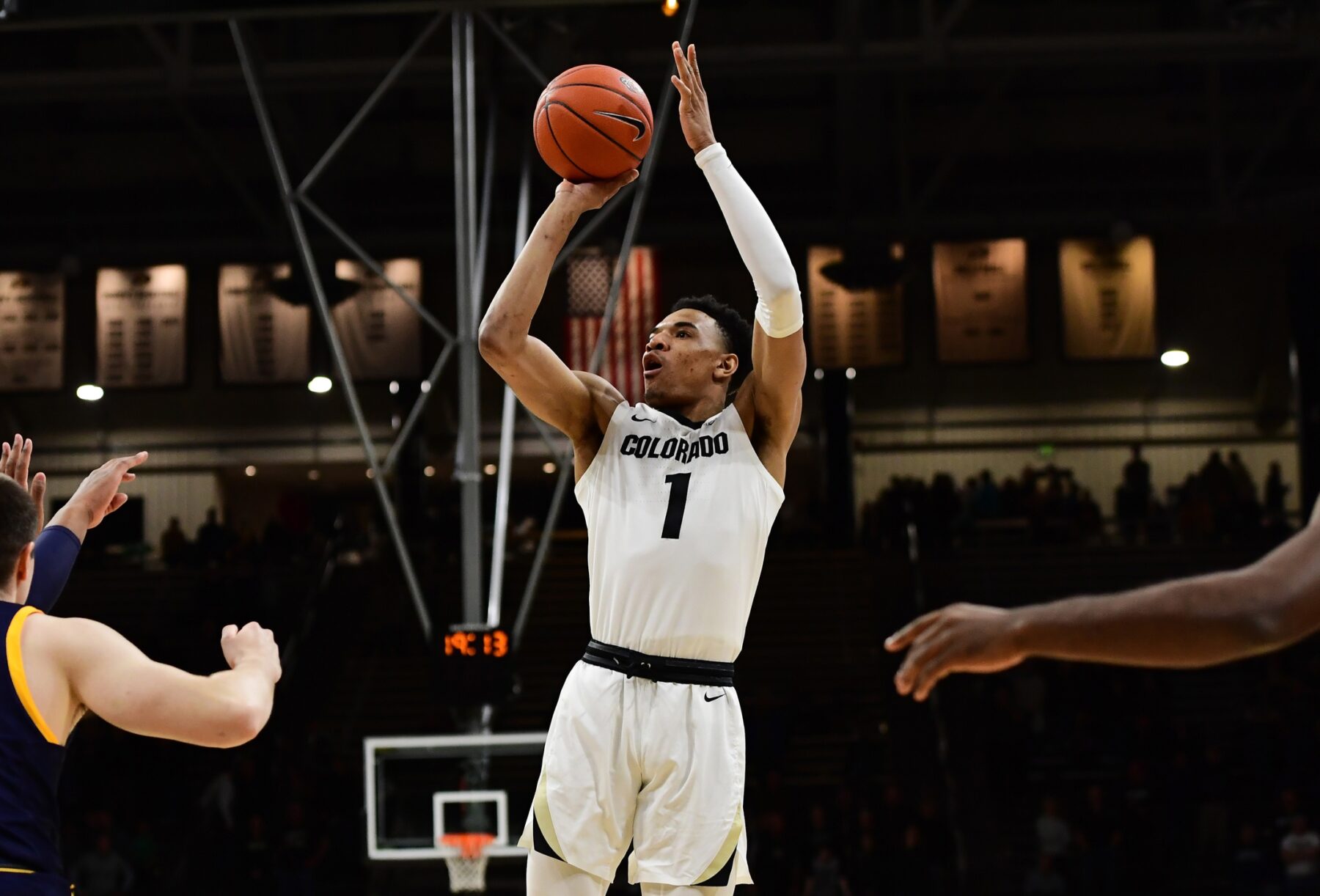 Tyler Bey’s best skill is his defensive versatility, which was on display all of last season as he was named the 2019-20 PAC-12 Defensive Player of the Year. He guarded multiple positions in college, and he should be able to do the same in the NBA.

He is constantly active on the defensive end and seems to know where to be at all times, a skill which will be valuable to whichever team drafts him.

The 22-year-old drastically improved his three-point shooting from his sophomore to his junior year, and it is something he should continue to work on. His ability to be a threat from three will be a deciding factor on whether or not he gets playing time early on.

In order to play down low in the NBA, Tyler Bey will need to add strength so he can keep up with the physical play of the league. If he plays on the perimeter, which is where he’ll likely see more playing time, he’ll need to work on his ball-handling and playmaking ability.

Bey would likely be more of a developmental player for the Heat, potentially seeing some time in the G League with the Sioux Falls Skyforce. With time, he could end up becoming a very important piece for the team. 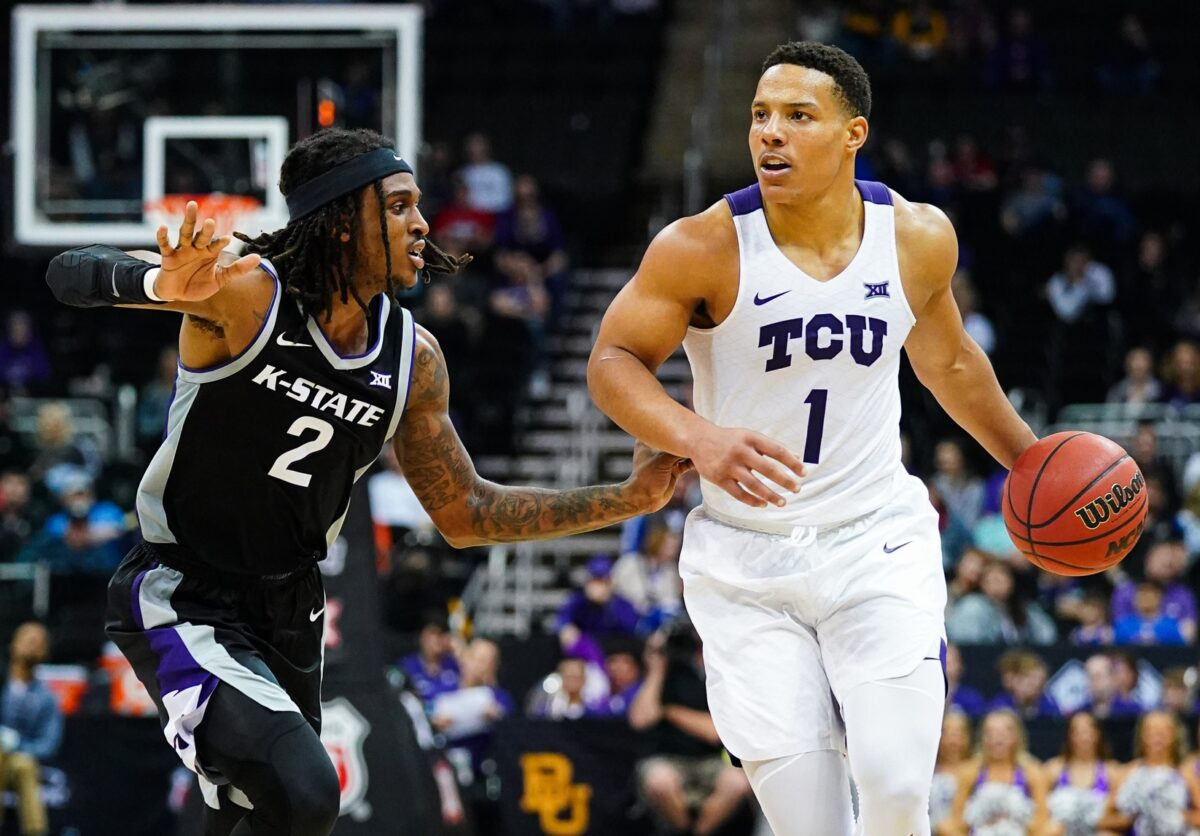 Bane easily had the best season of his four-year college career last season, averaging 16.6 points, 6.3 rebounds, 3.9 assists and 1.5 steals per game while shooting 44.2 percent from three.

The 22-year-old’s biggest attribute is his elite shooting ability. Last season, his 44.2 percent from three was good enough for seventh in the country. Throughout his time at Texas Christian University, Bane made 43.3 percent of his 3-pointers.

Bane is also a solid, active and intelligent defender that should be able to guard multiple positions in the NBA.

Throughout his time in college, Bane constantly improved his playmaking ability. He’s shown a knack for being great in pick-and-roll situations and being able to find his teammates in the right spot. His improvement and current ability could lead to a role as a secondary playmaker in the NBA.

Bane will need to improve on his explosiveness, ball-handling and creativity when finishing around the rim.

Given Bane’s wingspan is only 6-foot-4, improving on being creative around the rim will be especially important as he might struggle in a league with bigger and longer players. In his college career, Bane only took 1.9 free throws per game. Improving on his creativity and finishing could enable him to draw more fouls.

Bane is likely to be available when it is the Heat’s turn to pick, giving the Heat another player to strongly consider.