Report: Miami Heat Players Required to Weigh Themselves Every 10 Days 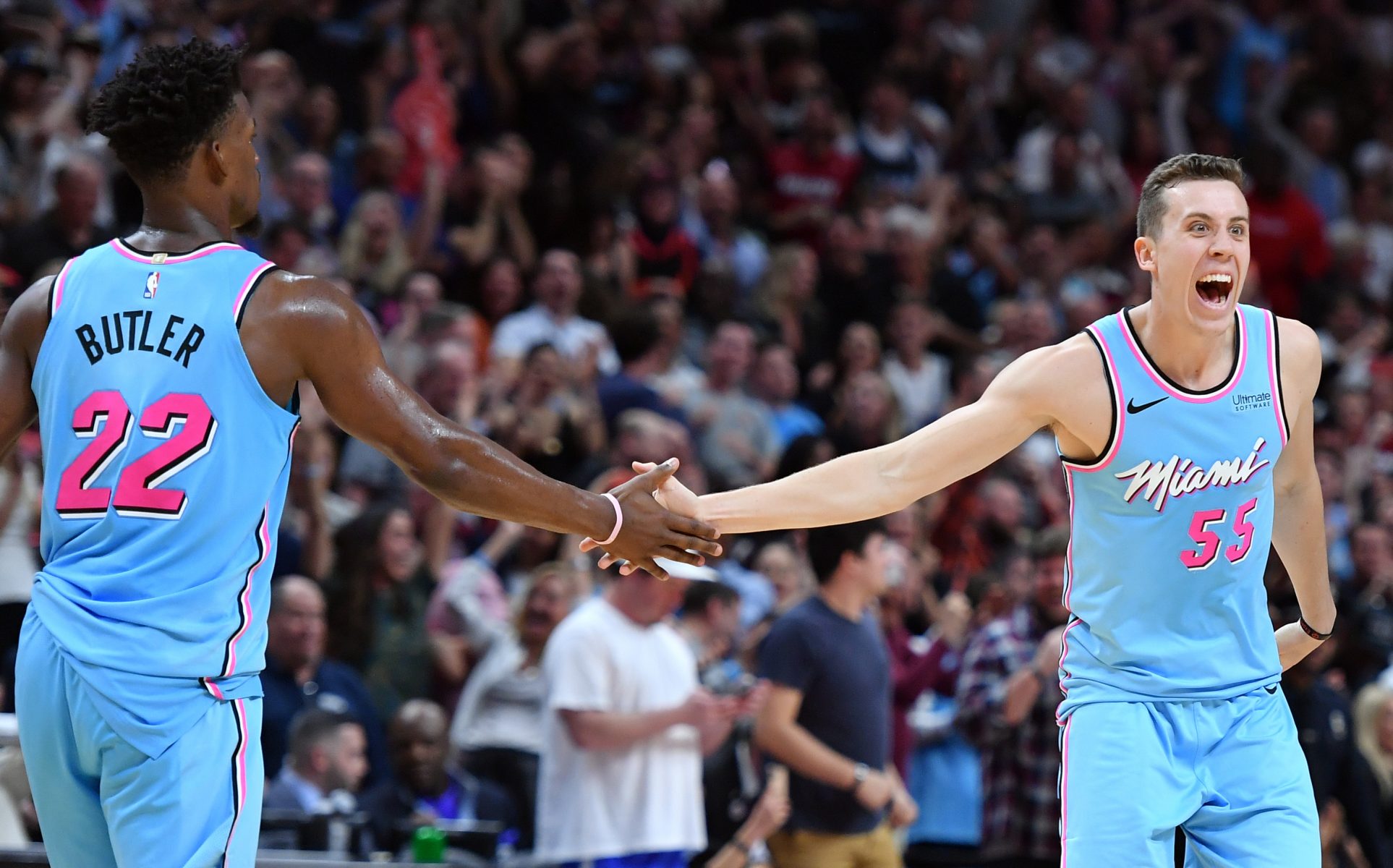 It is known around the NBA that the Miami Heat take conditioning and fitness extremely seriously.

They even suspended forward James Johnson at the start of training camp this season after he failed to meet the conditioning requirements set by the team.

Heat guard Duncan Robinson revealed another level of the Heat’s intensity when he recently said that they require their players to weigh themselves about every 10 days.

The team also makes sure to have its players measure their body fat.

The 25-year-old seemed to be content about the requirement.

“It holds us accountable,” Robinson said.

During this season’s training camp, offseason acquisition Jimmy Butler made it clear that he approved of the team’s demands when it comes to conditioning.

“I’m cool with it. I like it,” said Butler. “They’re actually looking out for you. Whether you want to look at it like that or not, they’re making sure that you’re healthy, that you’re at a weight that you can function at to help us win, and that your body fat needs to be down, to watch what you put into your body. I like it. I’m a fan of it. I am.”

Another offseason acquisition, center Meyers Leonard, also expressed his happiness with the requirements.

“I love it. I love it,” said Leonard. “That’s the way it’s supposed to be. Look, we’re in the greatest association in the world. We’re getting paid millions of dollars to play basketball, which is a game we love. How in the world should we not be in shape and ready to rock and roll every single day?

“Is it about you individually? Yeah. But you know what you’re doing? You’re letting your team down. You shouldn’t do that.”

The regular weighing shows that the Heat wants the conditioning of their players to never slip, something that will surely help them come playoff time.