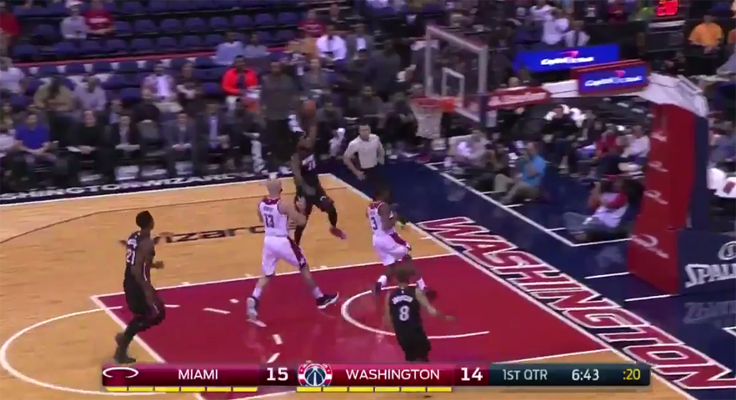 After a mostly dismal offseason, the Miami Heat are looking like a team that’s been playing together for years through the first half of their first preseason game against the Washington Wizards.

Starter Justise Winslow is looking extremely comfortable in his new role as one of the leaders on the team, and center Hassan Whiteside is looking like a man ready to show he’s worth the $98 million he signed with Miami this year.

The highlight of the first half came in the first quarter as Whiteside’s rejection on opposing center Marcin Gortat leads to a huge dunk by Winslow on the other end.