Video: Dwyane Wade Has Some Words for Heckler After Go-Ahead Jumper 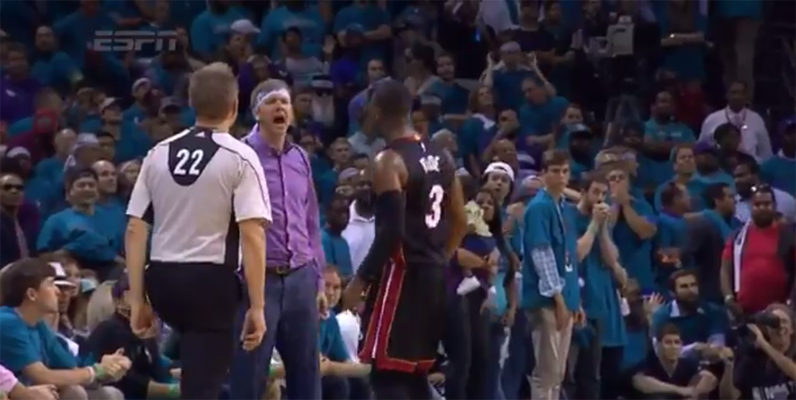 Now forever known as the “purple shirt guy,” a fan sitting courtside had been seeing getting into it with Dwyane Wade all game long.

The fan was seen heckling Wade the entire fourth quarter, but after Wade’s final bucket, the former NBA Finals MVP had some words for the “purple shirt guy” himself.

Heat's Dwyane Wade serves the Hornets w/ the clutch dagger then stares down the Heckler pic.twitter.com/ibP3mXEC2q