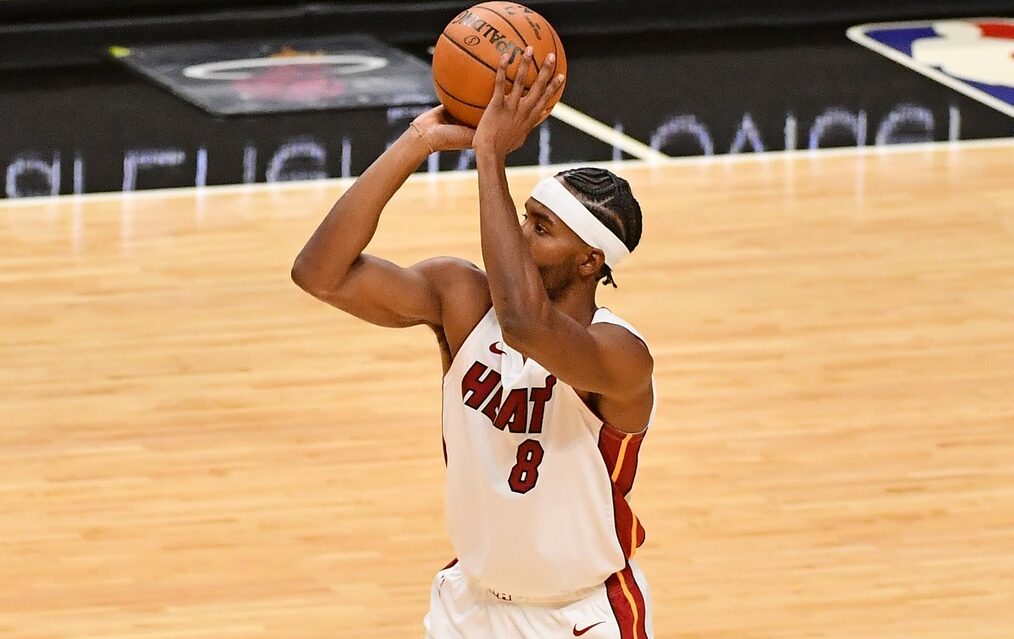 Miami Heat forward Moe Harkless reportedly did not participate in practice Tuesday due to a fall he suffered during Monday’s win against the Oklahoma City Thunder.

Moe Harkless did not practice today for the Heat, because of the fall he took Monday against the Thunder.

Harkless has gotten off to a slow start in his first season in Miami, averaging just 0.5 points and 8.2 minutes played per game. He has started two games thus far, including the season opener where he played over 22 minutes but has yet to tally over 10 minutes since.

The Heat signed him to a deal in the offseason.

Harkless, the No. 15 overall pick in the 2012 NBA Draft by the Philadephia 76ers, spent time with the Los Angeles Clippers and New York Knicks last season.