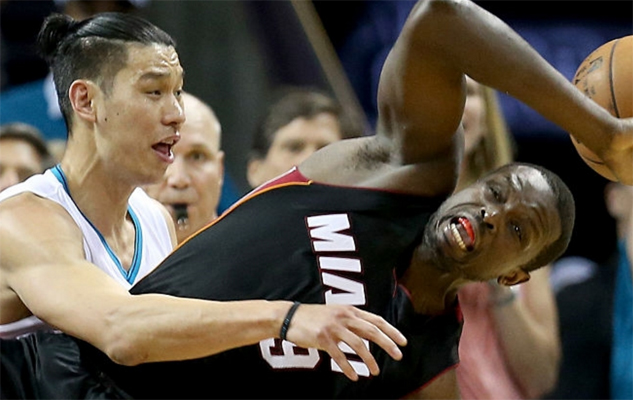 With 1:24 left and the Miami Heat down by just three points in a critical Game 4 against the Charlotte Hornets, rookie Josh Richardson missed a three and Luol Deng grabbed the offensive rebound. However, as Deng grabbed the rebound, he was subsequently grabbed by Hornets guard Jeremy Lin resulting in the ball going out of bounds.

As a result, the referees called the ball off of Deng without calling a foul. Many Heat fans were clamoring for a foul call on that specific play, and now there’s evidence to prove it.

The NBA released its last two minute report from Game 4, which states and confirms that Lin did indeed foul Deng on the play, which was a big opportunity lost.

At 1:24: Lin (CHA) makes contact with Deng’s (MIA) arm that affects his ability to retrieve the rebound.

Nobody is saying that if the call went the Heat’s way that they would have came out of Charlotte up three games to one, however, it does certainly play an interesting “what if.”
[xyz-ihs snippet=”Responsive-Ad”]