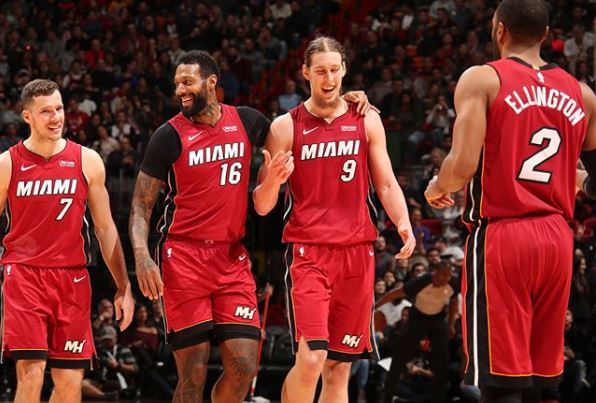 Kelly Olynyk was something of a surprise offseason signing for the Miami Heat last summer, but after his first season in South Florida, it is clear that he was a fantastic match.

While the 2017-18 season came to and end after a hard-fought five-game series with the Philadelphia 76ers, Olynyk is not letting it get him down. Instead, he is already looking toward the future.

On Wednesday, the 7-footer took to Instagram to thank the fans for their support and get them excited for the potential success that lies ahead.

Miami, thank you for the year, lots to build on and grow with. We’ll be back. Grind Time ?? #ForTheCulture #LighterMans

Throughout the season, Olynyk proved to be a valuable addition to the Miami roster. Not only did he embody the discipline and toughness that the organization has long prided itself on, he also finished with career highs in several key statistics, averaging 11.5 points and 5.7 rebounds per game.

Several from this season’s roster have potentially played their last games in Heat uniforms, but it seems quite likely that Olynyk will be back next season to continue building upon his first season with the Heat. That’s good news for both parties, as it appears he could not be happier to be a part of Heat Nation.

With the 2017-18 season in the rearview, it is now time for everyone on the roster to hunker down and work to get faster, stronger, and better for next year. If Olynyk’s post is any indication of his commitment to that process, he’s poised to take yet another step forward next season.
[xyz-ihs snippet=”HN-300×250-TextnImage”]