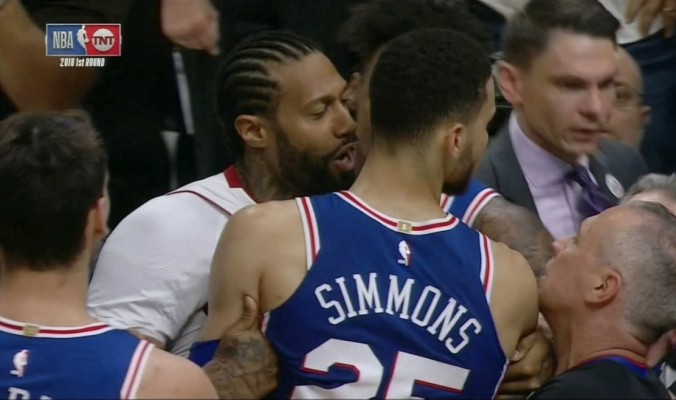 The contentious first-round playoff matchup between the Miami Heat and Philadelphia 76ers took another turn in the latter stages of the first half of Game 4 on Saturday afternoon. That was when Heat point guard Goran Dragic was the victim of a cheap shot on a drive to the hoop by the 76ers’ Robert Covington, something that led to a subsequent altercation between Covington’s teammate, Ben Simmons, and the Heat’s James Johnson.

In the aftermath of the scuffle, which had coaches from both teams on the court in an effort to break things up, Johnson and Simmons were assessed technical fouls after they engaged in some heated conversation. The incident was the latest in a series of heated confrontations between the two squads.
[xyz-ihs snippet=”HN-300×250-TextnImage”]