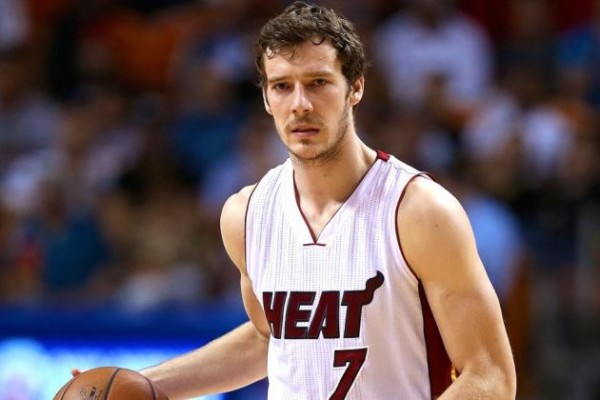 What was long expected has now become official—Goran Dragic will become a free agent on July 1.

The Miami Heat point guard allowed his opt-in deadline to pass, which automatically makes him a free agent. His agent, Rade Filipovich, confirmed on Monday to The Sun Sentinel that his client will become a free agent on July 1.

Some clarification: Dragic’s had opt-in deadline, which passed, automatically putting him into free agency. He did not have to do anything.

Dragic was acquired at the trade deadline in February with the Heat giving up two future first-round draft picks. Pat Riley and the organization knew that Dragic would likely decline his player option for the 2015-16 season, but believed that it was a chance worth taking. He stated the following at season’s end:

“You roll the dice. But you also feel good about the fact that we’re in a very good position to offer him more than anybody else.”

Simply put, Miami has the advantage over other franchises when it comes to signing the veteran point guard to a new contract. They can offer him a fifth year, which no other team can offer. Making matters even better for the Heat are that they hold the advantage of offering Dragic a higher annual increase than other franchises.

Ira Winderman goes into detail about this in the linked article:

“Based on a projected $67.1 million NBA salary cap for 2015-16, and based on Dragic’s right to ask for up to a maximum starting salary of $20.1 million for next season (30 percent of the overall cap, based on his seven-season NBA tenure), the maximum the Heat could offer would be a five-year, $115 million contract.

Because of restrictions based on outsider bidders for free agents, which includes maximum annual raises of 4.5 percent vs. the 7.5 percent raises the Heat can offer off the first-year salary, the most another team could offer would be four seasons at $86 million.”

The Heat as a franchise will have a lot on their plate in the coming weeks—the NBA Draft will take place on June 25, followed by Dwyane Wade and Luol Deng’s opt-in deadline on June 29. Free agency will begin on July 1, and three of the team’s starters could be free agents by that time.

Needless to say, Riley will have a lot of decisions to make over the next couple of weeks.
[xyz-ihs snippet=”Responsive-Ad”]