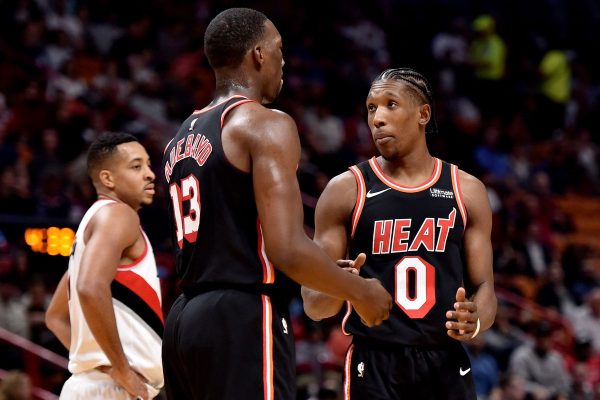 The Miami Heat are currently in the first week of their brief preseason campaign and are being forced to deal with injuries to multiple players on their roster. In the buildup to their second exhibition game on Tuesday night, the Heat released an update on Monday about the status of five players for that game.

In the cases of James Johnson and Dion Waiters, they entered training camp still rehabilitating from their respective surgeries. In Waiters’ case, that surgery was on his ankle and took place in January, with a time frame for playing again being set at that time at between eight to 10 months.

Johnson had surgery in May after he struggled down the stretch because of his problem.

The Heat re-signed Wayne Ellington over the summer and most likely don’t want to risk a more severe problem developing for what’s a meaningless contest.

Bam Adebayo has the potential to be one of the team’s biggest stars down the road, which serves as a key reason not to potentially aggravate his current health concern.

With regard to Josh Richardson, whether or not he plays again shouldn’t be a huge concern. That’s because even a blowout loss ultimately means nothing when it comes to the Heat taking the steps to advance further than their first-round exit last year.

Rumors of him possibly being included in a deal for Jimmy Butler have subsided in recent days because of the team’s reported unwillingness to trade him. That attitude offers a window into his perceived importance for this year.