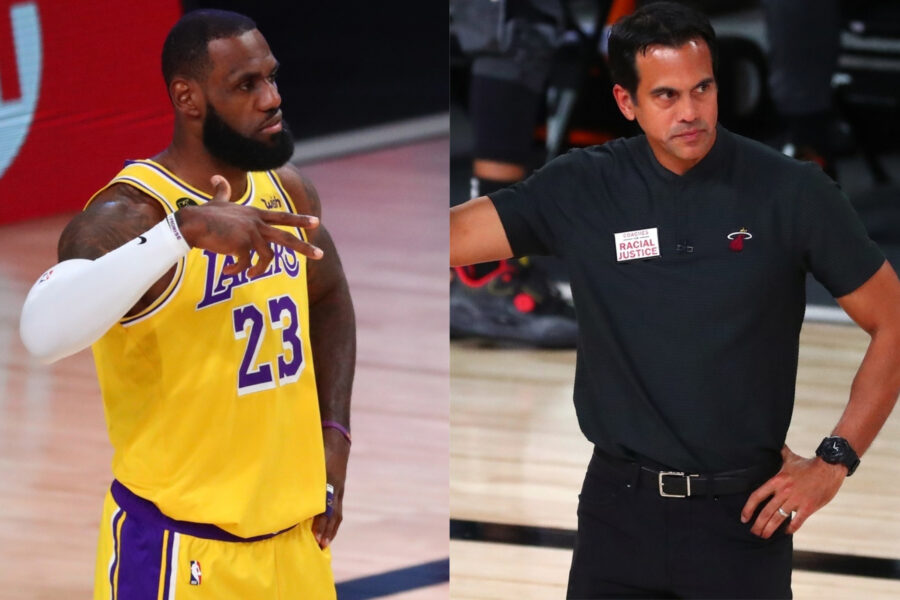 He did so by describing a cat-and-mouse game that took place during the 2020 NBA Finals between himself and James. He admitted that it was James who ultimately got the upper hand.

And from last night, Erik Spoelstra on LeBron James: pic.twitter.com/v3i7cCfNhL

James, who played for the Heat from 2010 to 2014, is now in his third season with the Lakers and was named Finals MVP last season.

Spoelstra was the Heat’s head coach during James’ entire time with the team and watched him lead the Heat to the Finals in all four seasons, winning NBA titles in both 2012 and 2013. Following both of those victories, James was also named MVP of the Finals.

While Spoelstra got an up-close-and-personal look at James during that span of time, it’s clear that James also absorbed plenty of information about Spoelstra’s thinking process.

James has long been known for his basketball intellect and his ability to think steps ahead of both players and coaches, which has led to four championship rings and just as many league MVP awards.

On Saturday night, Spoelstra and the Heat emerged with a 96-94 win over James’ Lakers, who were missing a key piece of their lineup due to an injury to Anthony Davis.

The Heat victory improved the struggling team’s record to 13-17, while the Lakers fell to 22-9 on the year.