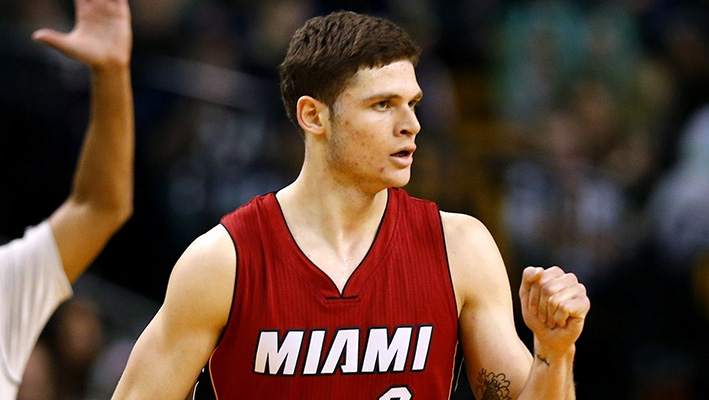 Tyler Johnson is officially back on the basketball court.

Two months after suffering a broken jaw during summer league play, the Miami Heat point guard is officially cleared to resume basketball activities, the team announced on Tuesday. The Heat posted a short video on Twitter of Johnson back on the court at American Airlines Arena.

He’s flying again! After suffering a fractured jaw @RealTJohnson has been cleared to return to basketball activity. pic.twitter.com/UPEK0JXtVr

Johnson’s health this upcoming season is pivotal as he’s expected to take on a bigger role in his second season with the organization. He is expected to compete for the backup point guard spot behind Goran Dragic.

During his first season in the NBA, the 23-year-old averaged 5.9 points, 1.3 assists and 2.5 rebounds in 18.8 minutes per game in 32 appearances and two starts. Johnson was called up to the main roster in January after playing in the team’s D-League affiliate for the first couple of months of the season.

With Mario Chalmers on the trade block, Johnson’s progression as a player this year will likely dictate how comfortable the organization feels in trading their veteran point guard.
[xyz-ihs snippet=”Responsive-Ad”]