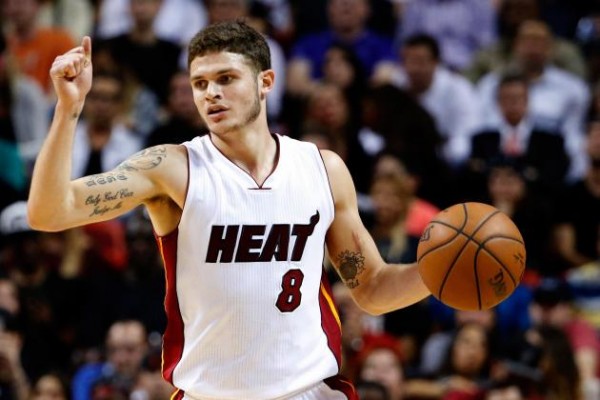 Miami Heat guard Tyler Johnson may finally make his return in the near future.

The 23-year-old guard stated before Saturday’s game versus the Orlando Magic that he was aiming to return on Monday night versus the Brooklyn Nets:

“We feel like we’re headed in that direction. Monday is the best bet.”

Johnson has missed the past five games, and eight of the last nine contests due to a shoulder injury. The left shoulder impingement might require surgery down the road, but Johnson is hoping that isn’t the case:

“With the right rehab and if I take care of it on my end. I have to be really diligent. I might not have the procedure. I guess it depends on how diligent I am of taking care of my shoulder.”

Following Thursday’s practice, Johnson stressed that there was no pain in his shoulder for the first time since the injury occurred:

“There’s no room for the muscles in my shoulder to move around. They get irritated very easily. That’s what causes inflammation.”

The Heat hope he can make his return on Monday night, as Johnson has established himself as one of the key members of the rotation. He is averaging 9.1 points on 52 percent from the field and 45 percent from beyond the arc this season.
[xyz-ihs snippet=”Responsive-Ad”]