Miami Heat News: Heat to Be Without Three Key Players vs. Detroit Pistons 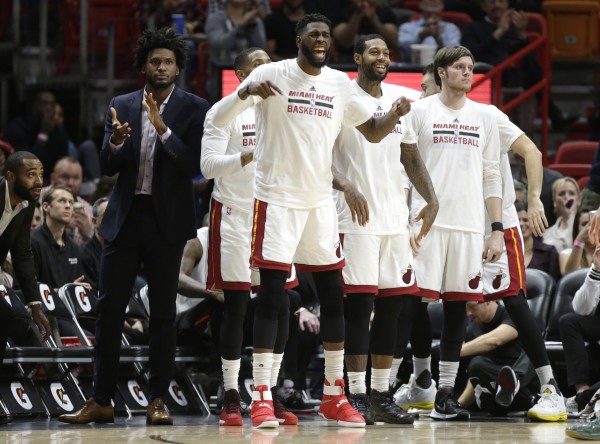 The Miami Heat will once again be without some key players when it takes on the Detroit Pistons on Wednesday night.

According to Heat head coach Erik Spoelstra, Justise Winslow (sprained wrist), Willie Reed (hyper-extended knee) and Wayne Ellington (thigh contusion) will not be available for the team’s matchup against the Pistons.

Winslow, Ellington and Reed all out for Heat on Wednesday against Pistons.

Winslow’s injury has forced Miami to oftentimes use a three-guard lineup (Goran Dragic, Dion Waiters, and Richardson) throughout the game.

Reed is officially listed as day-to-day and performed “exercises on the side” during Tuesday’s practice.

In the frontcourt, the loss of Reed means the Heat won’t have a viable backup center option, forcing it to use Josh McRoberts and Udonis Haslem, both of whom played in the loss at Philadelphia. McRoberts is working his way back from a foot injury so Spoelstra is tempering expectations on his productivity.

“This is really his (McRoberts) training camp,” Spoelstra said. “That’s the way we’re looking at it. He’s getting some work in right now. But he’s a very unique basketball player. There will have to be some time on the court with the guys to be able to maximize his strengths because he’s a great passer, a super high IQ player. But he’s working his way into rhythm.”

Moreover, Waiters is dealing with a sore groin but has played through the pain in the past two games.

The Heat will tip off against the Pistons at 7:30 p.m. on Wednesday.
[xyz-ihs snippet=”Responsive-ImagenText”]