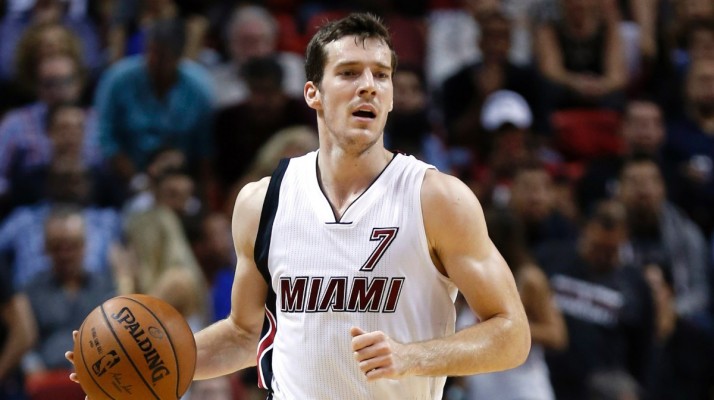 It looks like Goran Dragic is finally ready to return.

The Miami Heat point guard has missed the past eight games due to a calf strain injury, but Shandel Richardson of The Sun Sentinel reports that Dragic is expected to play versus the Milwaukee Bucks on Friday night.

Erik Spoelstra said that all indications lead to Dragic playing in Milwaukee:

“It’s getting better each day. All indicators are that he’s in the right direction for [Friday] night.”

Since last week, Dragic had been stating that Friday’s game at Milwaukee would be his return game. It turns out he was right all along.

Goran Dragić on his calf strain recovery: “It’s finally over. I have no pain and I’m ready to go.”

The Slovenian point guard is eager to return. He indicated that this is the longest that he’s been out during his NBA career:

“This is the longest that I was out in my NBA career, even in Europe. It’s not fun. You want to get back on the floor and help your team … Now, it’s finally over.”

Entering Friday’s game versus Milwaukee, the Heat will be at nearly full strength—the only player who definitely will not play is Chris Andersen.

During Dragic’s absence, the Heat went 3-5, so his return is definitely much needed for a team fighting for a playoff spot.
[xyz-ihs snippet=”Responsive-Ad”]