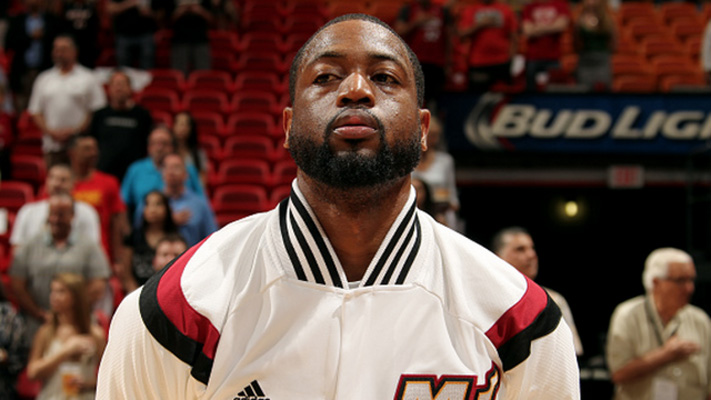 Dwyane Wade may not have the opportunity to play on his 34th birthday versus the Oklahoma City Thunder.

Wade is a game-time decision for tonight’s game at Chesapeake Energy Arena. The Miami Heat shooting guard sat out Friday night’s game versus the Denver Nuggets due to sore shoulders. The severity of the shoulder injuries are not yet known, other than the knowledge that one shoulder is strained and the other is an impingement.

The 34-year-old guard commented on the severity of his shoulder injuries:

“I wish I knew. I can’t really know until I go back. I haven’t gotten any MRIs or nothing. Right now, I’m just going off how I feel. We’ll see after this road trip.”

Wade had every intention of playing Friday night at Denver, but teammate Chris Bosh thought it was best for him to rest his shoulders. With the Heat playing their final game of this road trip at Oklahoma City on Sunday night, it might be wise to sit their star player.

This officially makes Wade a game-time decision at Oklahoma City:

“I don’t really know yet. I had Thursday off and Friday. So I got two days to be able to do it. I get another day Saturday and I go from there.”

The 13th-year player is averaging 18.4 points and 4.6 assists on 45.4 percent from the field so far this season.
[xyz-ihs snippet=”Responsive-Ad”]