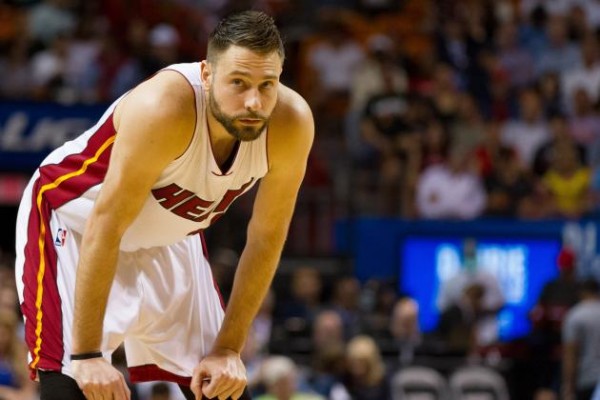 The injury problems that have plagued the Miami Heat this season continue to be a serious issue as the team announced Tuesday that Josh McRoberts is out indefinitely after suffering a stress fracture in his left foot.

Injury Update: Dragic is questionable (back spasms), McRoberts is out indefinitely (stress fracture in left foot)…

The injury is in same foot that he broke last season during Game 6 of the playoff series with the Toronto Raptors. It also continues an injury-plagued tenure with the Heat that began during the first of his three seasons in 2014.

In 2014, the forward saw his season end abruptly after only 17 games due to a torn meniscus. Once he returned last season, he was forced to sit out over one month’s worth of games with a sore knee beginning in December and finished the regular season by seeing action in only 42 contests.

McRoberts was averaging 17.3 minutes per game prior to this latest injury, while scoring 4.9 points and grabbing 3.4 rebounds. Miami head coach Erik Spoelstra is now expected to split those 17 minutes between Derrick Williams and James Johnson.
[xyz-ihs snippet=”Responsive-ImagenText”]