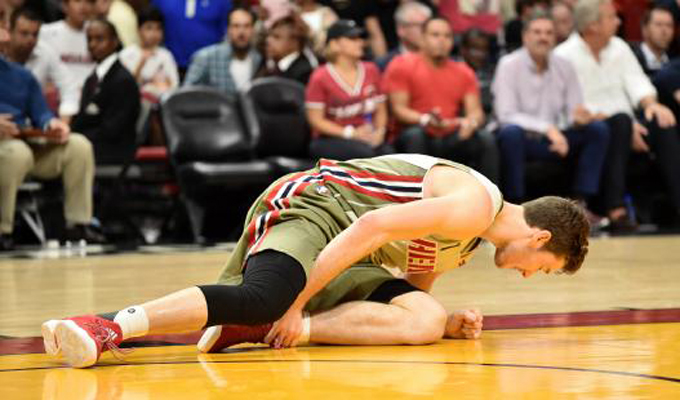 The status of Miami Heat point guard Goran Dragic is considered doubtful for the team’s Saturday night matchup against the Utah Jazz after he left Thursday night’s game in the third quarter with a left ankle sprain.

Spoelstra indicated that x-rays taken after the injury were negative, even though Dragic was forced to leave the arena in a walking boot.

“It didn’t swell too much, but he is still in a boot,” Spoelstra said. “So that’s encouraging based on last night. I don’t know what degree his sprain is right now. So, he’s just day-to-day.”

Those words were more positive than the bleak assessment Spoelstra had offered after Thursday’s game.

“Let me hold out on this remote hope,” Spoelstra said. “Even though Goran is going to be leaving in a boot, but let me have that evening of hope.”

If Dragic isn’t able to go, his next opportunity to play will be Monday night on the road against the San Antonio Spurs.
[xyz-ihs snippet=”Responsive-ImagenText”]