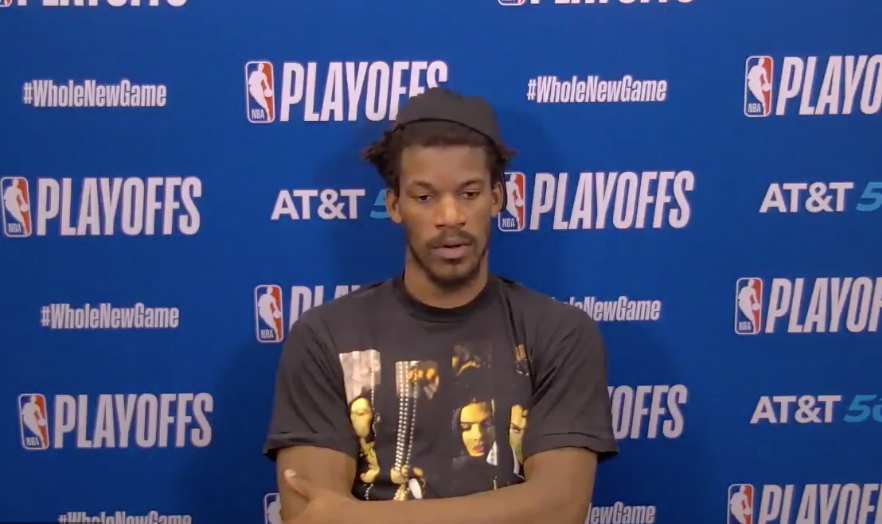 After going up 2-0 on the Milwaukee Bucks and falling behind by double digits in Game 3, the Miami Heat could’ve gotten complacent.

Instead, the Heat turned it on and completed dominated the fourth quarter en route to a 115-100 victory.

Jimmy Butler on why the Heat expected to win, even when down 12 into the 4th quarter. “We don’t ever play to lose. Ever. We will not do that here. It’s not the Heat way.” pic.twitter.com/gbpUC4IBuE

“We’re not comfortable, we’re not complacent. We know we’re gonna have to earn this last one as well.”

Jimmy Butler on closing out the series pic.twitter.com/qOEDfsNO7x

Just like in Game 1, Butler was instrumental in delivering the win, as he had 30 points, 17 of them coming in the fourth quarter.

For much of the game, Miami was down as the Bucks played with more urgency than they did in the first two contests. But its collective swagger and resolve did Milwaukee in during the final minutes.

The Bucks led 87-75 going into the final stanza, but their lead disappeared quickly and turned into a sizable deficit.

For the second time in this series, the Heat also did an admirable job on Giannis Antetokounmpo, as they forced the reigning MVP into a poor shooting game.

If the Heat finish off the series, especially if it’s a four-game sweep, it may be considered one of the most surprising upsets in recent years.