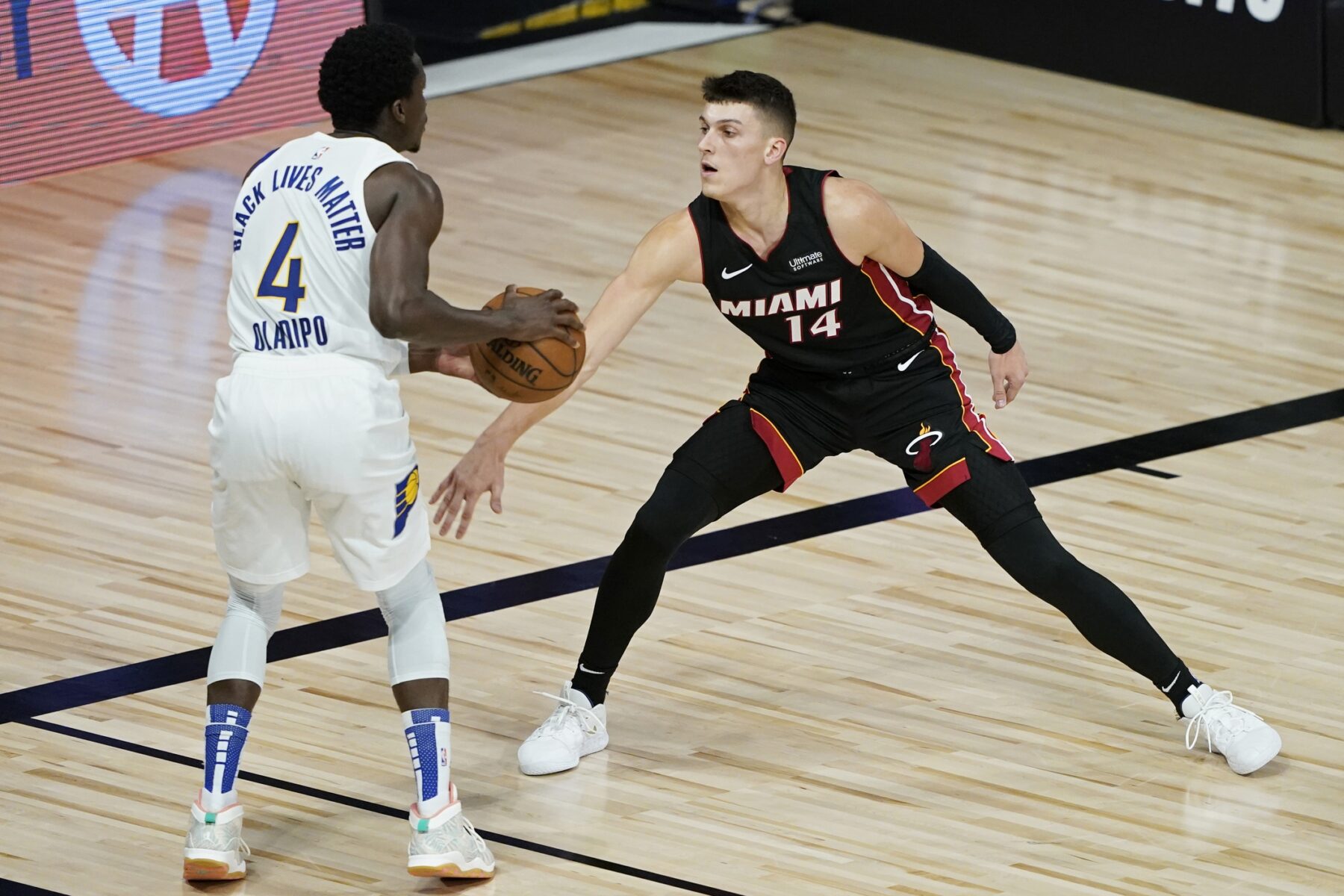 The Miami Heat have recently been involved in NBA trade rumors linking them to many different players, including Indiana Pacers guard Victor Oladipo.

Given that Oladipo is currently under contract with the Pacers for one more season, the only way the Heat would be able to acquire him would be through a trade.

According to Zach Harper of The Athletic, any potential deal between the Pacers and Heat would not involve Heat guard Tyler Herro, who had a fantastic rookie campaign last season.

“It’s just hard to see Herro being involved unless they’re acquiring Giannis or Beal in a potential trade,” wrote Harper. “League sources believe a trade for Oladipo wouldn’t even consider including Herro on Miami’s end of it. ‘Riley hangs up.'”

During the playoffs, Herro increased those numbers to 16.0 points, 5.1 rebounds and 3.7 assists per game while shooting 37.5 percent from three.

Oladipo was forced to miss the beginning of the season because of a ruptured quad tendon in his right knee, which he suffered during the 2018-19 season. He has struggled to regain the form that he showed off during the 2017-18 season when he averaged 23.1 points, 5.2 rebounds, 4.3 assists and 2.4 steals per game.

Without Herro, a potential trade for Oladipo could include Kendrick Nunn, Kelly Olynyk, should he accept his player option for next season, and whoever the Heat draft in the first round of the 2020 NBA Draft.

It remains to be seen whether that is a deal that would entice the Pacers enough to agree.

Only time will tell what type of deal the two teams agree to, should they decide to make one happen.