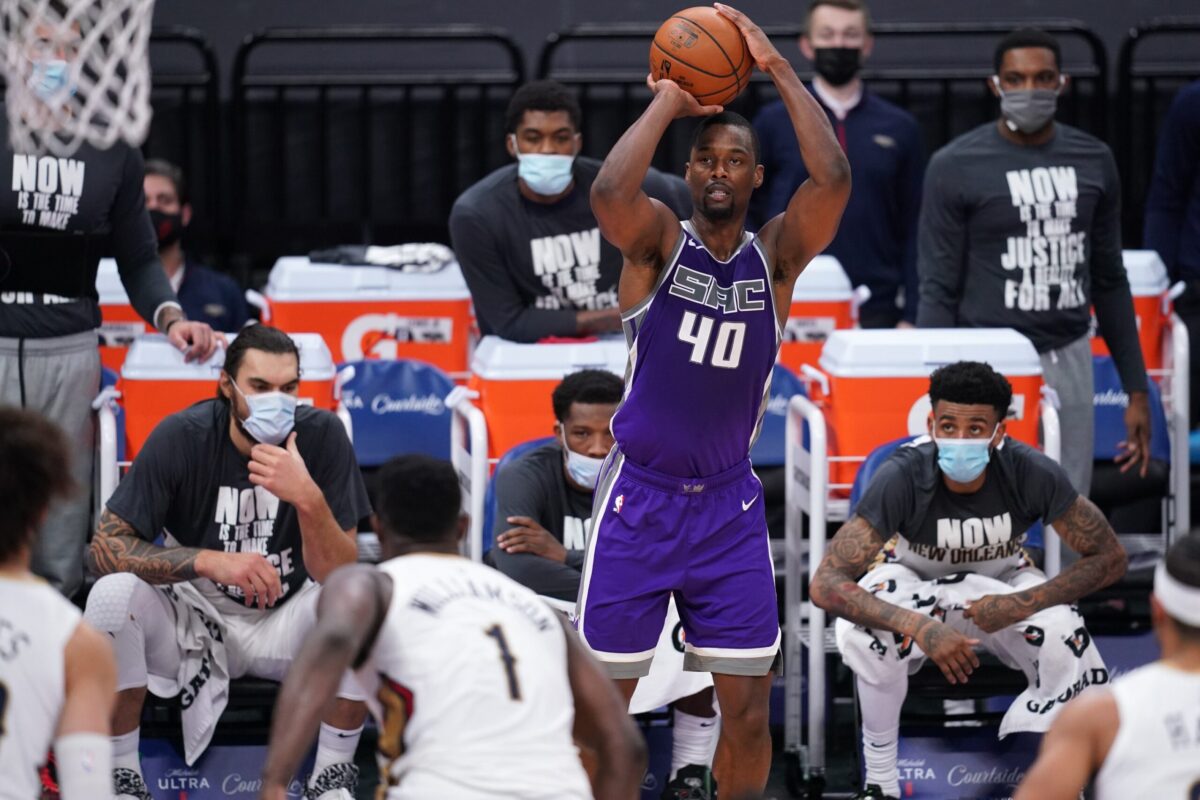 “The Boston Celtics have been the only opposing team we’ve heard linked to Barnes, though others are certainly out there,” wrote Sam Amico of FortyEightMinutes.com. “The Miami Heat may be one such team, a source told FortyEightMinutes.”

Barnes, 28, is still in the prime of his career.

As a matter of fact, he’s having a strong year in Sacramento. Barnes is putting up 16.7 points, 6.1 rebounds and 3.6 assists per contest this season.

The Kings have a 14-21 record and are the No. 12 seed in the Western Conference.

As for the Heat, they’re expected to make some moves in the coming weeks. After all, the team isn’t at the same level it was at during the NBA bubble run last season.

The Heat take on the New Orleans Pelicans on Thursday night.