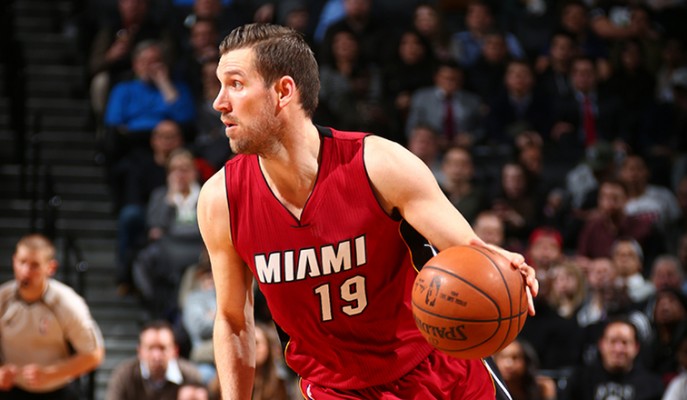 The 2016-17 NBA season begins in just one week, and that means the Miami Heat have only a few days to figure out who is gonna be on their final roster.

At this point, it looks like point guards Beno Udrih and Briante Weber will be fighting for the Heat’s last roster spot.

According to Heat beat writer Ira Winderman of the Sun Sentinel, Udrih should secure the last spot while the team keeps Weber in their long-term plans.

“I believe the Heat will lean toward Udrih initially, with the belief that Weber can be brought back up from the D-League at a point when the roster thins out, possibly when there is a resolution with Chris Bosh or if there is a trade after Dec. 15 that sends out more players than are brought back in.”

Although both players’ careers are heading in different directions, they each have a strong case to be a returning player on the Heat.

Udrih, 34, gave up some money last season to help the Heat have more flexibility, a move that helped them acquire sharpshooter Joe Johnson. The 13-year journeyman is a good friend of fellow Slovenian starter Goran Dragic and has playing experience with a handful of Miami’s players from last season. On a young team like the Heat, a veteran like Udrih could provide much-needed leadership that Heat so desperately need.

Weber, 23, is heading towards the prime of his basketball career. The guard had shuffled around the D-League before playing for the Memphis Grizzlies and Heat. Weber is a tenacious defender but has had trouble in the past getting it going on the offensive end of the court. Still, he is an asset that the Heat should hold on to provided his game grows.

The Heat have until Monday’s deadline to declare their final 15-man roster.
[xyz-ihs snippet=”Responsive-ImagenText”]