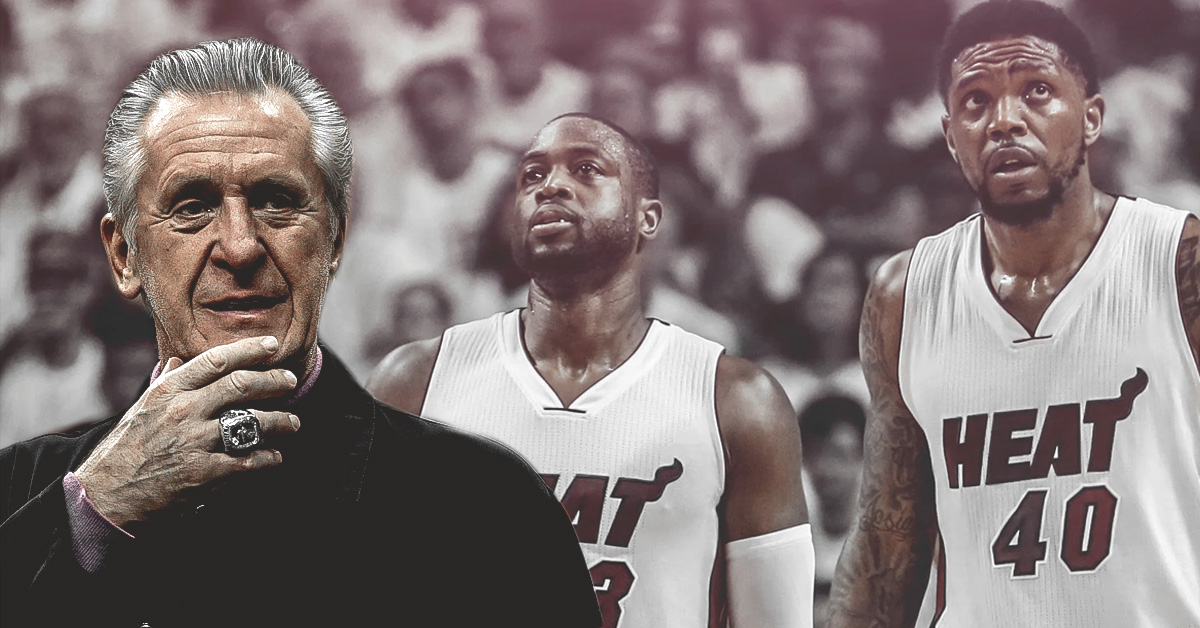 As the NBA offseason inches along, Miami Heat fans may have noticed a bit of concern creeping in about the fact that both Udonis Haslem and Dwyane Wade have yet to sign on to play in the 2018-19 season.

It would be quite the blow to lose two of the most beloved Heat players in one offseason. Luckily, Heat team president Pat Riley remains committed to and confident about bringing both players back before the season rolls around.

According to recent reports, Haslem seems fairly solid about his desire to return for another season. That sentiment was echoed in the comments Riley made on Thursday at the ceremonial groundbreaking for the Miami Heat Sports Medicine Center at Miami Orthopedics & Sports Medicine Institute.

“I have a real good feeling UD is going to be back,” Riley said. “There hasn’t been any announcement on that. It’s just a gut feeling about UD and what he wants to do. It’ll be a very awkward feeling for me after all these years of having him on the roster and not having him here. So I feel good that he’s in and we’ll just wait on D-Wade.”

Still, Riley doesn’t seem concerned about a lack of that gut feeling when it comes to Wade. He explained that he is giving Wade space and giving him the time he needs to make the right decision for his future.

“We’re giving him space,” Riley said. “We know what we have up front. We know our young guys and we need to anchor our young team with a veteran presence of the both of them.”

He added that he expects talks to really ramp up as Labor Day approaches.

“I think that’s always sort of the drop-dead date for players,” he said.

Riley even discussed whether or not he would be willing to offer Wade the team’s $5.3 million mid-level exception.

“I don’t think this is about negotiating a mid-level or dollars. It’s about getting Dwyane back,” Riley said. “It’s not really about the tax right now even though we have a tax situation. We can work our way around that. We have 14 months or 12 months to deal with the situation. We just want to get started, get back on the floor. It’s been five months. Get to training camp, play our preseason games and start the season.

“We want Dwyane to be part of that.”