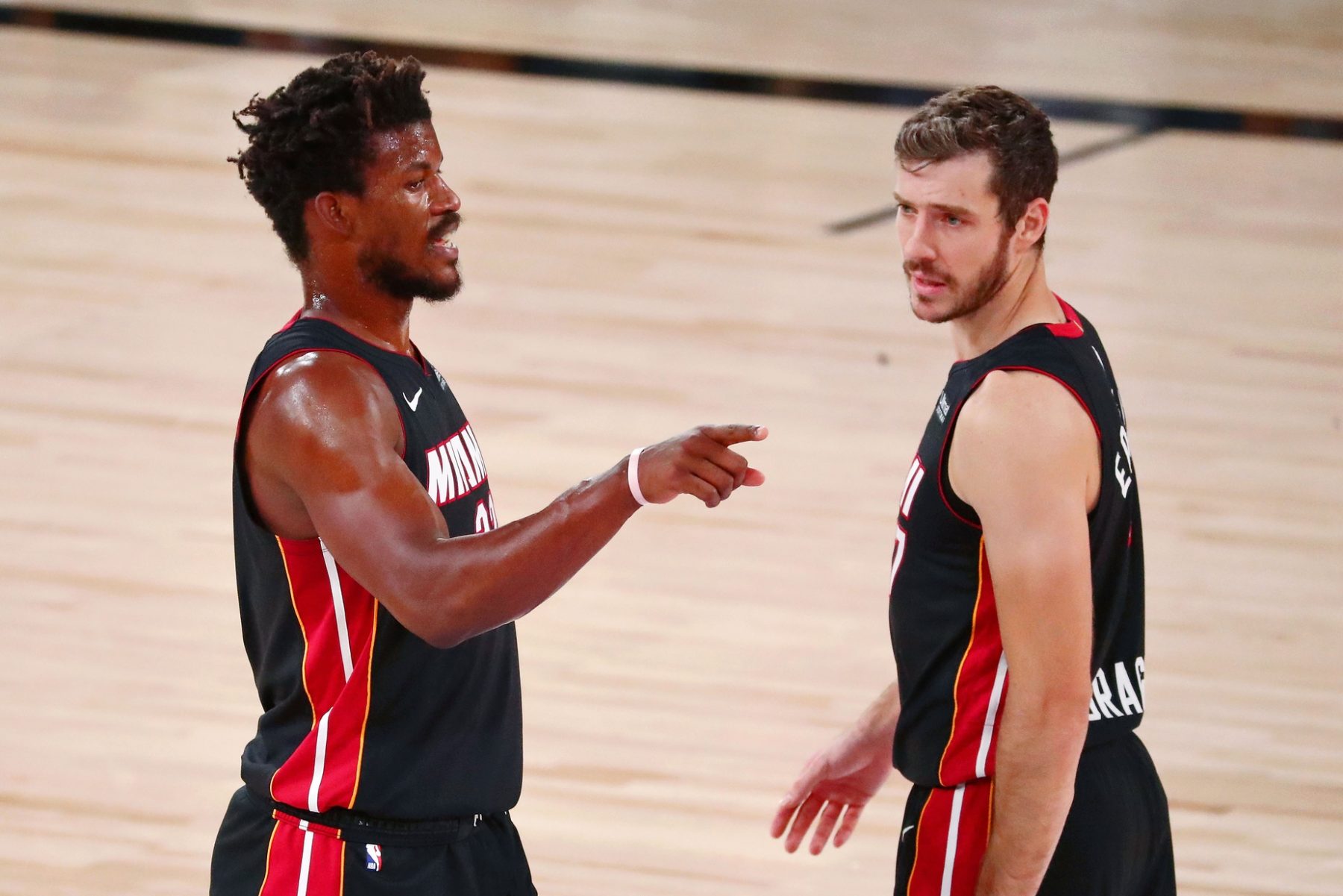 In addition to leading the Miami Heat to an appearance in the Eastern Conference Finals, Jimmy Butler has opened up a coffee shop inside of the NBA’s bubble site.

His business, which he calls Big Face Coffee, now faces some competition from an unknown individual.

Luckily, teammate Goran Dragic has revealed who the proprietor of “Little Face Coffee” is.

“This is the guy who makes the second-best coffee in the bubble,” Dragic said while pointing to Brandon Gilliam, the Heat’s assistant athletic trainer and director of rehabilitation.

Butler has certainly been productive both on and off the court lately.

In addition to starting his side hustle, he has been the driving force behind one of the NBA’s most surprising teams.

His clutch play allowed the Heat to destroy the heavily favored Milwaukee Bucks in the second round of the playoffs, four games to one.

Now, the Heat have taken the first two games of the Eastern Conference Finals against the Boston Celtics.

In addition to spearheading the Heat in crunch time, Butler has also been the leader of a team that has re-established its championship culture.

His confrontational style of leadership has been a wonderful fit for an organization that’s run by the legendary Pat Riley.