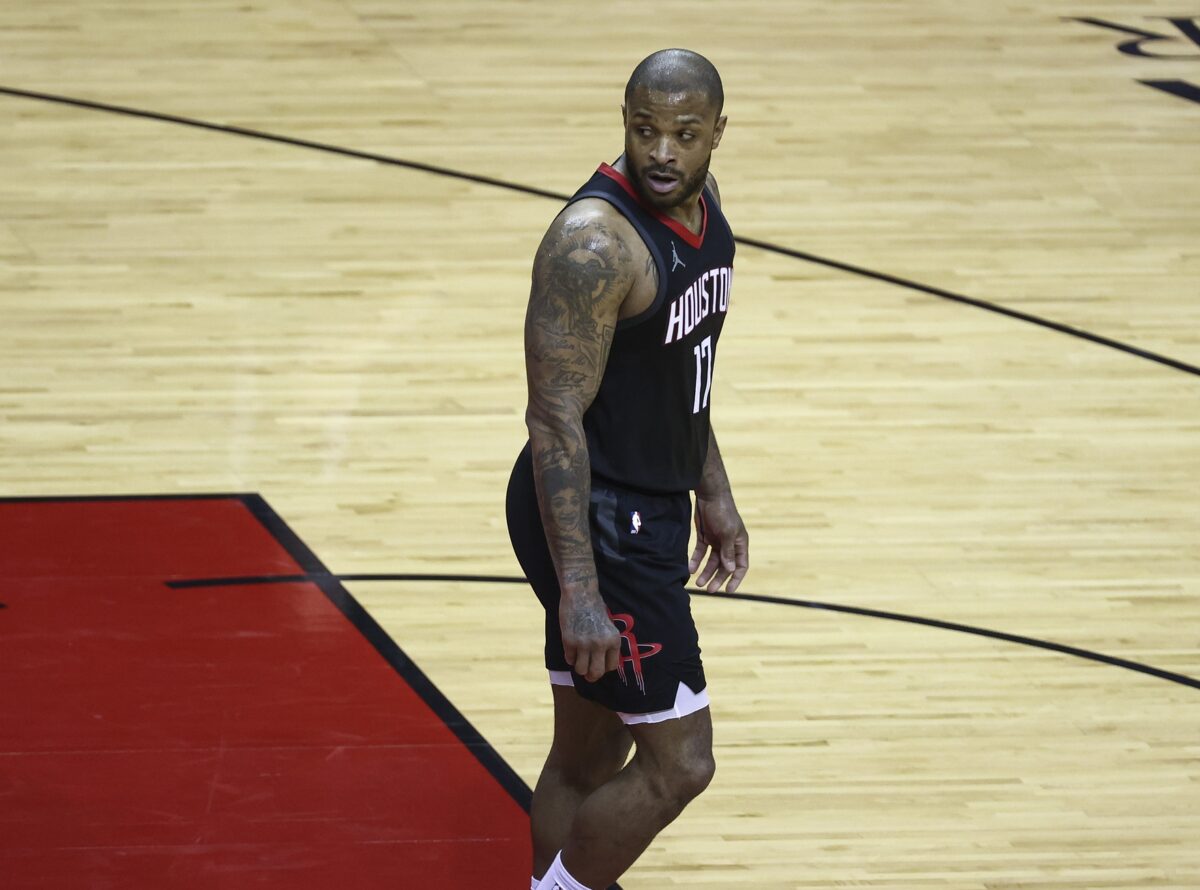 However, the Rockets’ asking price has been so ridiculously high that they apparently asked the Heat for some of their best young pieces.

“The Rockets have since been categorized as inconsistent with their asking price on Tucker,” wrote Jake Fischer of Bleacher Report. “There has been a long-whispered rumor of Brooklyn possibly sending Spencer Dinwiddie to Houston for Tucker, and the Rockets are even said to have posed Miami trading either Tyler Herro or Duncan Robinson for him.”

Tucker, 35, is one of the forwards the Heat have been linked to in recent weeks.

The journeyman has career averages of 7.2 points, 5.8 rebounds and 1.2 steals per contest. He’s a phenomenal defender and can stretch the floor with his solid 3-point shooting abilities.

Still, players with the level of potential that Herro and Robinson have are out of Tucker’s league. Herro is putting up a career-high 15.8 points, 5.7 rebounds and 3.6 assists per game this season.

As for Robinson, he’s one of the best 3-point shooters in the association. The 26-year-old is collecting 12.8 points on 39.1 percent shooting from downtown per contest this season.