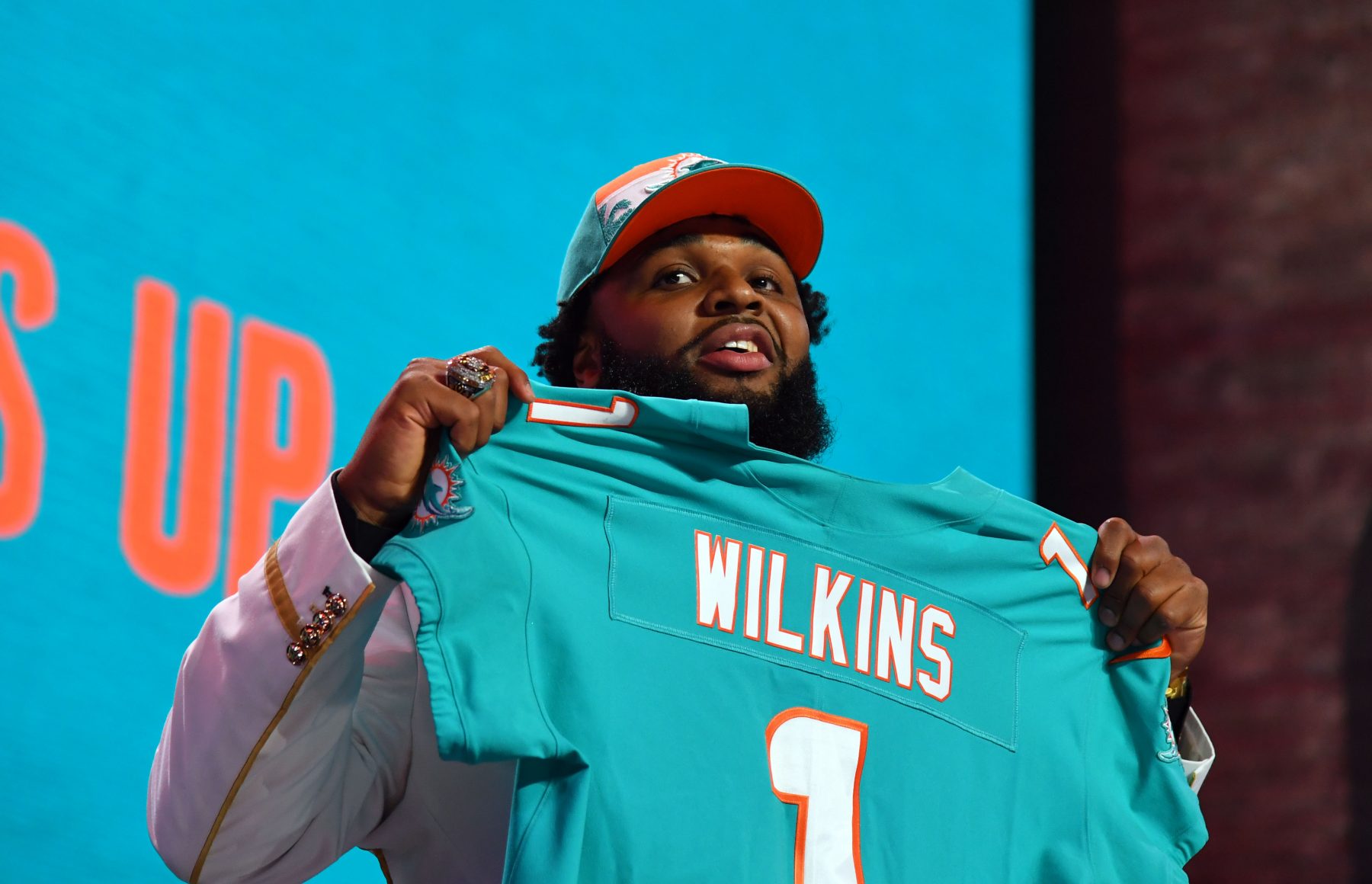 The professional football career of Christian Wilkins began on Thursday night when he was selected by the Miami Dolphins in the first round of the NFL draft.

His enthusiasm about coming to South Florida had him subsequently thinking about the legacy that retired Miami Heat legend Dwyane Wade established and how he might follow in those footsteps.

Welcome to MIAMI Christian Wilkins @CWilkins42 ?? a JOKESTER who’s self-proclaimed to be ‘the cheapest person ever’ and his biggest weakness is food?SIDE NOTE: Miami is rumored to be interested in trading for Josh Rosen???What about Christian Wilkins??Wilkins is a 2x National Champion with Clemson ??He’s supposed to be an Elite Defensive Tackle??which supports New Head Coach Brian Flores (Defensive Specialist) ?Wilkins also has a Masters degree in ‘athletic leadership’ and a ‘special’ personality for us to soon enjoy??Slide to see him touch on replacing D-Wade??

Wilkins is a defensive tackle out of Clemson University who helped play a key role in helping the Tigers win the 2018 Division I national championship. As the 13th overall selection, the expectation is that he can make an immediate impact for the Dolphins, who finished their 2018 season with a 7-9 record.

That effort to establish himself within the NFL is likely Wilkins’ immediate goal, with Wade’s sterling 16-year NBA career serving as his continuing inspiration. Wade was able to play a major part in all three league titles won by the Heat, something that may be more challenging for Wilkins.

That’s because Dolphins have reached the postseason just once (in 2016) in the past decade and haven’t made it to a Super Bowl since the 1984 campaign. In addition, they haven’t won a Super Bowl in 45 years, with their Super Bowl VIII victory in January 1974 marking the end of three consecutive trips to football’s grandest stage.

Wade no doubt was humbled by the adulation he received throughout his final season, which included standing ovations on the road. Yet his enduring popularity with the Miami community and beyond figures to continue long after he enters the Basketball Hall of Fame. Those are large shoes to fill for any athlete, but Wilkins now has a role model to emulate.
[xyz-ihs snippet=”HN-300×250-TextnImage”]