Justise Winslow Admits Miami Heat Not as Talented as Other Teams 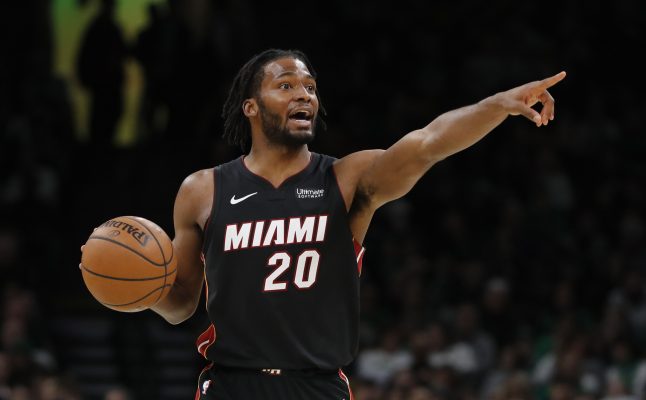 The Miami Heat have been struggling on the court as of late, and on Tuesday, emerging star Justise Winslow spoke about how other teams around the NBA enjoy more talent on their roster than the Heat do.

Winslow spoke about how the Heat need to stay together through thick and thin because they can’t rely on talent alone to win games.

“There are other teams that have more talent that can get by with being more talented,” he said. “A team like us, we have to pay attention to the details, be connected with our communication. We can’t just depend on our talent whereas other teams can. That’s what I meant.”

It’s a fantastic point from a player who has made huge progress as of late. So far this season, he is averaging 12.3 points and 4.1 assists per game, both career-highs.

Amidst his added responsibilities on the offensive end of the court, Winslow has noticed a need to continue focusing on defense as well.

“Just having more responsibility on the offensive end, I’ve seen it with other players throughout the league,” he said. “When you get that increased ultimate responsibility, sometimes your numbers defensively do decline.”

Even when he was struggling to put it all together on offense earlier in his career, he always was a stud on the defensive end. It’s what has made him one of the most well-rounded players on the Heat’s current roster.

Even with Winslow’s progression, however, Miami’s lack of star talent has been very apparent this season. Currently, the Heat have a record of 24-27 on the season. A lot of those losses have come at the end of games, when NBA stars tend to take over and push their teams to victory.

If the Heat want to find success in the final third of the 2018-19 season, the many promising young players on Miami’s roster are going to have to play and improve together.
[xyz-ihs snippet=”HN-300×250-TextnImage”]