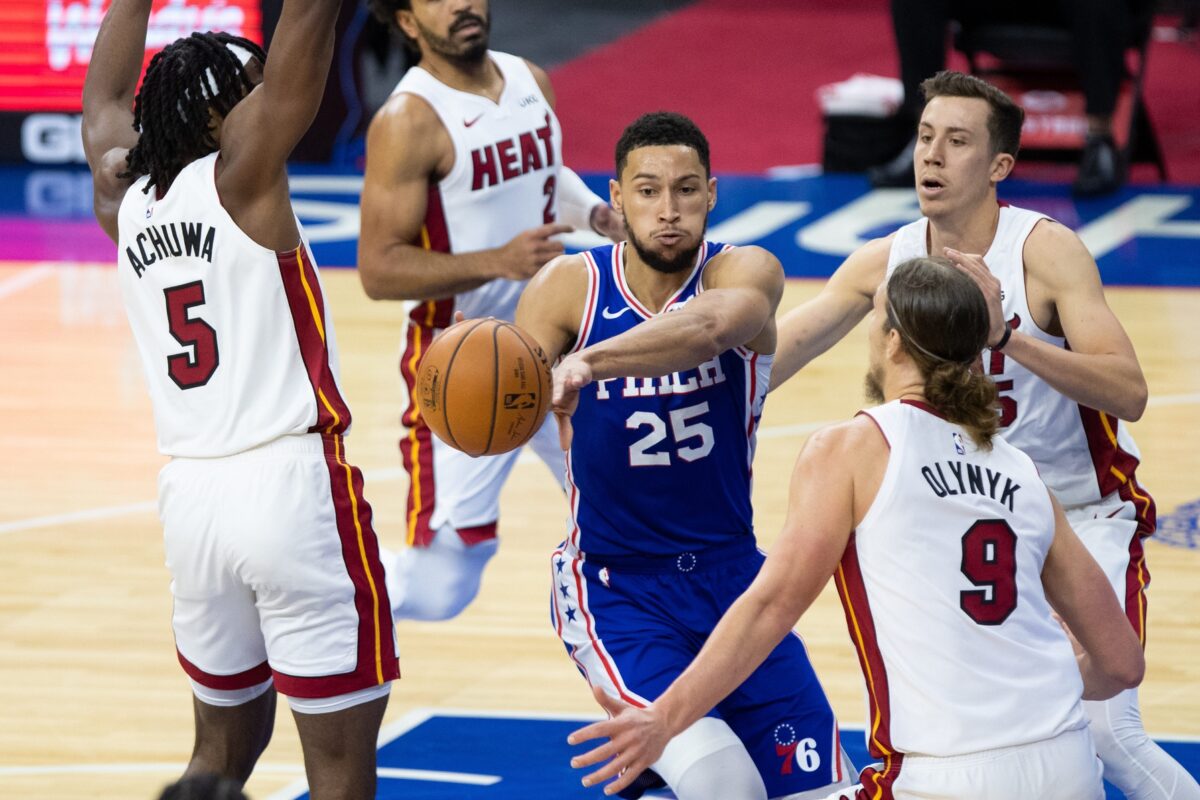 The Miami Heat reportedly will be in the market for a forward prior to this year’s trade deadline.

Miami reportedly didn’t want to go into the season with its current roster, but it had several forwards turn down offers to get more money elsewhere.

The team reportedly is planning to make a move, and the roster will likely be changing prior to the deadline.

The Heat never intended to go into the season with this roster. They had multiple bigs they wanted to sign but those players took larger deals elsewhere

They're searching the trade market for a starting caliber 4. This team will look different after the deadline@5ReasonsSports

Miami made some moves this offseason, as it acquired Moe Harkless and Avery Bradley in free agency, but the roster mainly remained the same.

However, Miami did lose Jae Crowder, who spent a lot of time at the forward spots for the Heat last season.

Crowder signed a deal with the Phoenix Suns, and it is clear the Heat are missing him this season.

After an overtime loss to the Charlotte Hornets on Monday, the Heat are just 7-13 on the season.

Miami made the NBA Finals last season, but it will likely need to make a move to get back into playoff and Finals contention this year.

Avery BradleyFeaturedJae Crowdermiami heatmoe harklessNews Ticker
← Previous Story Report: Heat have been in touch with Pelicans regarding Lonzo Ball and J.J. Redick
Next Story → Report: Pat Riley and Victor Oladipo have ‘mutual respect’ for each other