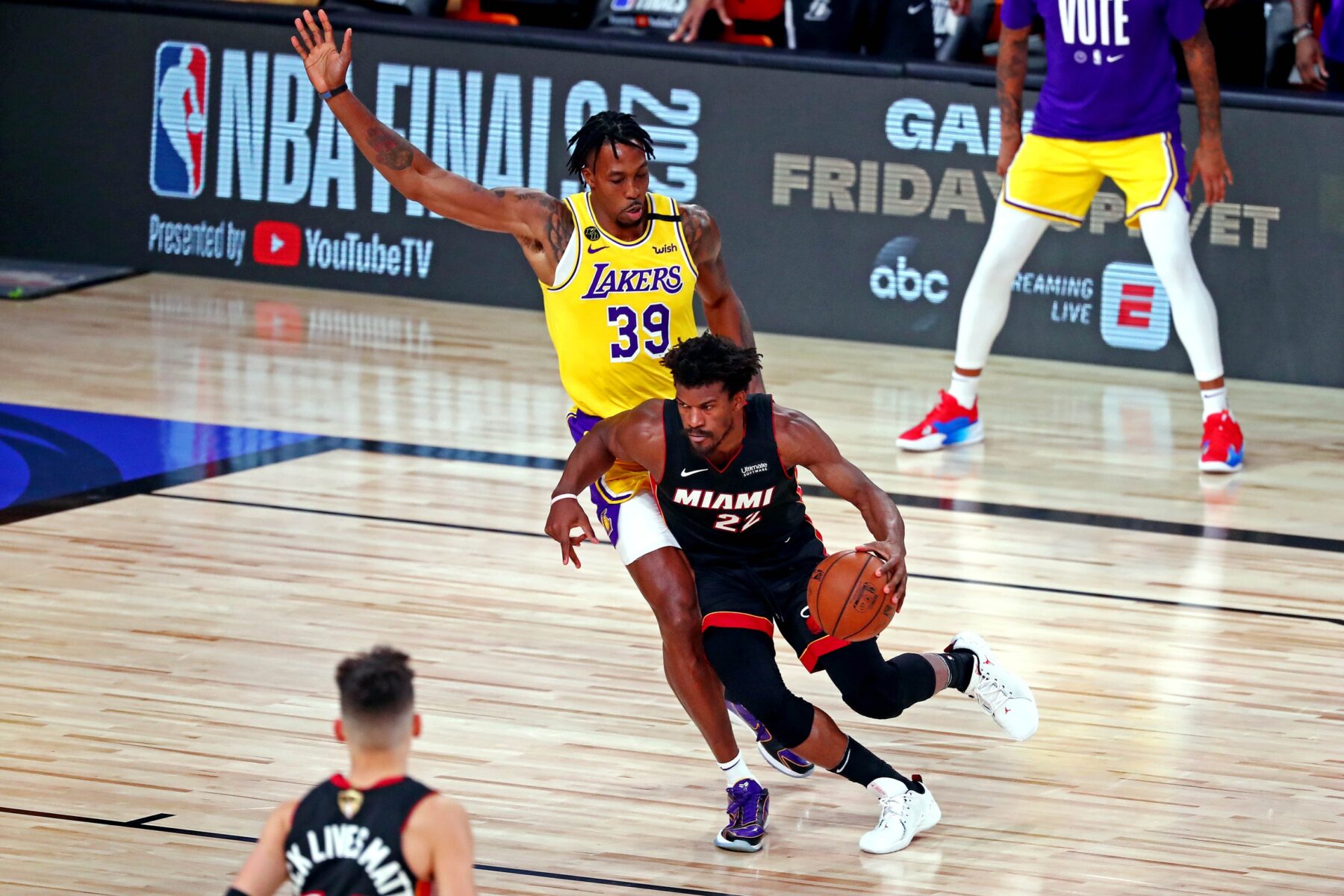 The Miami Heat suffered injuries to many key players during their loss in Game 1 of the NBA Finals against the Los Angeles Lakers.

Heat star forward Jimmy Butler was one of those players, suffering an ankle injury towards the end of the second quarter.

After the game, Butler provided a positive update on the injury.

Jimmy Butler on his ankle: "A little bit sore," but he insists, "I'm going to be fine."

With this message, it seems as if Butler will undoubtedly be playing in Game 2 of the series.

In Wednesday’s game, the 31-year-old was by far the Heat’s best player. In 33 minutes of action, Butler recorded 23 points, two rebounds, five assists and two steals.

He was one of four Heat players to score in double figures on the night. Butler also made eight of his 13 field goals and also made two of his four three-point attempts during the game.

Butler and the Heat will hope to bounce back strongly in Game 2 of the series, which is set to take place on Friday at 9 p.m. EST.