Dwyane Wade to Partner with Naked in Promoting Company’s Innerwear 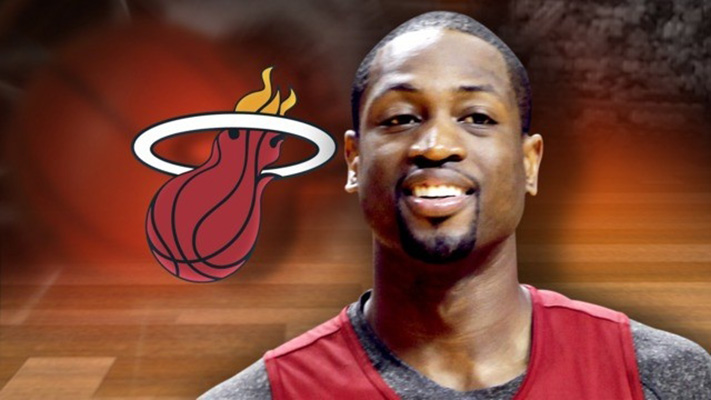 It’s been a busy offseason for Dwyane Wade.

Over the past month the Miami Heat superstar has been all over headlines. In late May, it was leaked that Wade could potentially opt out of the last year of his contract for the 2015-16 season. Then rumors leaked that Wade would “welcome” $20 million a year on a new contract.

Now Wade is making headlines for a different reason—he’s partnering up with Naked Brand Group to lead the company’s “Role Models” campaign. Naked is a brand that sells underwear and currently has a presence in a handful of high-end retailers.

Wade made the following statement in regards to his new partnership:

“I am very excited to partner with a brand that celebrates individuality and authenticity. What you wear underneath is the foundation for how you look and feel. Naked is taking innerwear to the next level and I look forward to helping them build the brand and the business.”

Carole Hochman, CEO of Naked Brand Group, commented on how the Heat veteran became involved with the company:

Wade will also join the company’s advisory board and serve as creative director for a signature collection of underwear set to be released in 2016.

The veteran shooting guard has kept busy over the offseason, providing analyst work for ABC’s coverage of the NBA Finals and now announcing a new business partnership with a growing brand.

While it appears Wade is preparing for life after basketball, he still plans to play for the foreseeable future. The question is, which team will he be playing for?

He will have until June 29 to decide whether he will opt in or opt out and become a free agent when free agency begins on July 1.
[xyz-ihs snippet=”Responsive-Ad”]