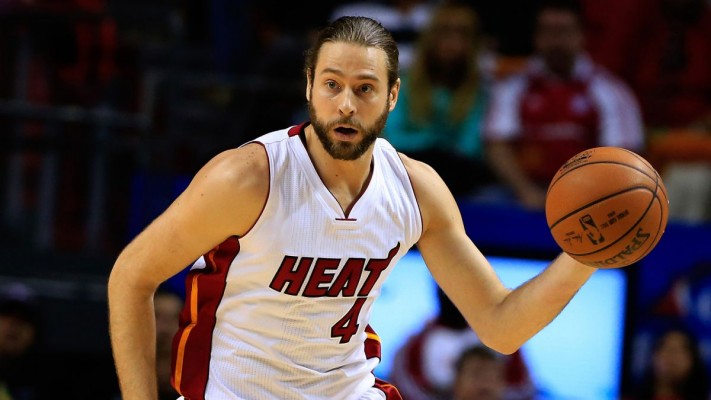 The Josh McRoberts experiment could be coming to a close for the Miami Heat.

The 6’10” big man was brought in by the Heat after the unexpected departure of LeBron James. His arrival was met with more curiosity than confidence from fans, but the team was willing to give the 29-year-old veteran a chance.

In theory, the idea of having a big man with the dynamic passing skills of a point guard seemed like a huge positive for Heat head coach Erik Spoelstra to work with. However, his passiveness to shoot and attack the basket ran its course with the fan base and now it seems the team.

McRoberts has also been plagued by the injury bug ever since he was signed by the Charlotte Hornets. He has played a total of 59 games in the past two years. Many thought that McRoberts would be a key part of the rotation coming off the bench but his limited availability resulted in him averaging a measly 3.6 points, 2.5 rebounds, and 1.9 assists per game this season.

There were some whispers about moving McRoberts around the trade deadline in March, but the Heat was unable to make that happen. A big reason for this could have been the long list of injuries that have made McRoberts virtually non-existent on this Heat team.

Josh’s contract is actually favorable in this NBA economy considering how much rotational players are going to be paid because of salary cap explosion set to commence. He is scheduled to make about $12 million dollars over the next two years.

As Ethan Skolnick said, the Heat may have to add a draft pick to make the deal with McRoberts sweeter for the receiving team. Considering that the Heat have traded away most of its picks for the near future, a three-team trade seems like the way to go.

Have heard this from multiple places: Heat continues to explore moving McRoberts, but may need to attach pick it gets from 3rd team

The primary goal of trading McRoberts will be to free up some more cap space so when the clock strikes 12:01 a.m tomorrow, the front office has the the utmost flexibility when it makes its pitches to Kevin Durant, Hassan Whiteside, Dwyane Wade, and other free agents.

Currently, the Heat is operating with around $41 million dollars to keep all its free agents satisfied. Adding another $6 million to that could give some more wiggle room to Pat Riley, Andy Elisburg, and its staff to work some magic.

With the Durant meeting set for July 3rd, the Heat may be looking to do some in-house cleaning (trading McRoberts) to look the most presentable when the superstar comes to the table.
[xyz-ihs snippet=”Responsive-ImagenText”]