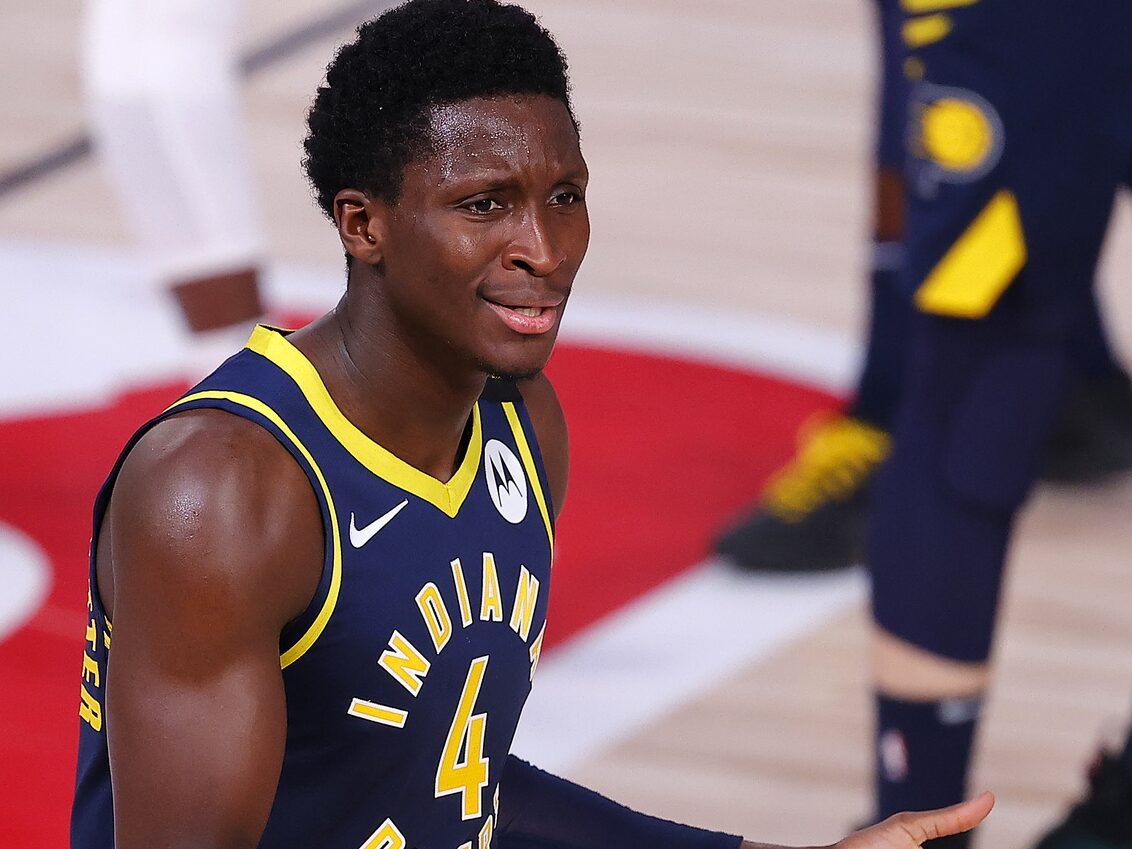 The Miami Heat have been linked to Indiana Pacers guard Victor Oladipo for some time.

It now appears that the Heat’s interest in Oladipo is cooling, according to Zach Lowe of ESPN.

“It would not surprise me if Oladipo and the Pacers come back to the table on extension talks,” wrote Lowe. “(Oladipo can sign an extension at any point during the season.) Indiana can offer him a four-year deal starting at $25 million per season. I’m not sure the Pacers would approach that number, but considering Oladipo’s recent play — and that some potential suitors, including the Miami Heat, have likely backed away — he would be wise to consider securing something.”

Oladipo is coming off a season where he averaged 14.5 points, 3.9 rebounds and 2.9 assists per game while shooting 39.4 percent from the field and 31.7 percent from three.

Taking a step back in its pursuit of Oladipo might mean that Miami is focused solely on going after Milwaukee Bucks superstar Giannis Antetokounmpo or Washington Wizards guard Bradley Beal.

Oladipo has one more year left on his current contract and is set to become an unrestricted free agent following the conclusion of the 2020-21 season.