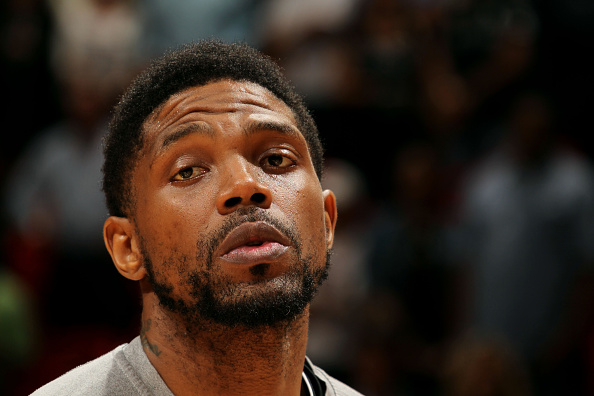 The 2016 presidential race seems to have spilled over into the NBA after The Washington Post released a 2005 “Access Hollywood” tape of Republican nominee Donald Trump making lewd, aggressive remarks about women and justifying his remarks as “locker room talk.”

Miami Heat forward Udonis Haslem did not hold back when he was asked about Trump’s reference to normal “locker room talk.”

“Don’t throw us in there — we have nothing to do it with it,” Haslem said after practice Monday morning. “That ain’t our locker room talk. I don’t know what locker room he’s been in.”

In addition, the 36-year-old did not seem to appreciate the candidate characterizing athletes in that manner.

“I didn’t appreciate it to be completely honest,” Haslem said. “I don’t know Trump very well at all and I don’t know who he’s played for the last couple years to even say he’s been in anybody’s locker room to have those kind of conversations.”

However, it seems that Haslem isn’t the only NBA player, or professional athlete for that matter, taking an exception to Trump’s comments. Below is a list of some other notable critics.

I haven't heard that one in any locker rooms https://t.co/Ci8NXOgFcI