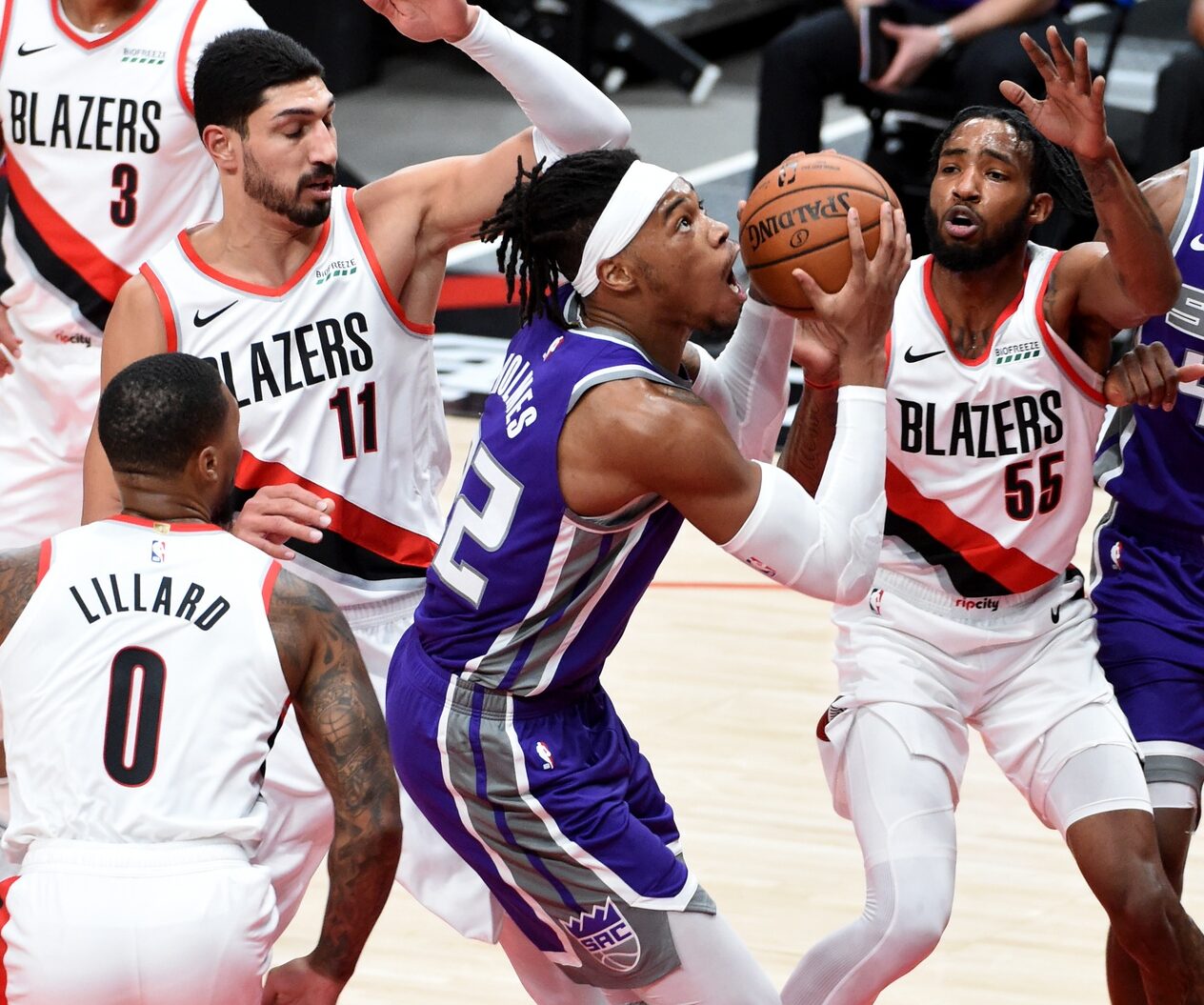 The Portland Trail Blazers snagged forward Derrick Jones Jr. away from the Miami Heat in the offseason.

It appears Trail Blazers superstar Damian Lillard was one of the key recruiters of Jones Jr.

“Portland Trail Blazers guard Damian Lillard said during a Zoom interview that former Heat forward Derrick Jones Jr. was among the acquisitions he personally targeted during the offseason, along with Robert Covington, bringing both names to Blazers management,” Ira Winderman of the Sun Sentinel wrote. “’They just asked me the names of players I liked, and that’s what I did,’ Lillard said. ‘I think that we did a great job of bringing in guys that can actually help our team. You know, I think DJ and RoCo both make us a better team defensively.’”

In fact, he averaged a career-high 8.5 points on top of 3.9 boards and 1.0 steal per game last season with the Heat. However, Jones Jr. fell out of the Heat’s consistent rotation as the team went to the 2020 NBA playoffs.

In an entertaining contest, the electrifying dunker beat Orlando Magic star Aaron Gordon in a controversial manner. Jones Jr. landed a footwear and apparel deal with Puma in the aftermath of the victory.

The veteran is collecting 6.8 points, 4.6 rebounds and 1.4 steals per game with the Blazers this season.