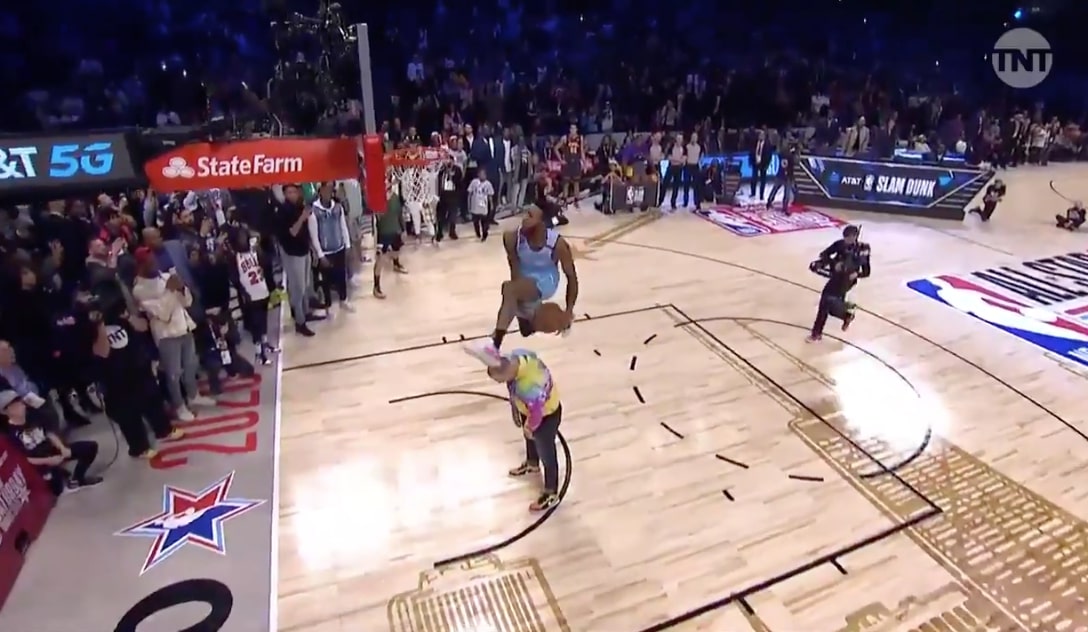 Miami Heat forward Derrick Jones Jr. made NBA history on Saturday night when he completed a dunk that had never been seen before in the competition.

Jones completed an alley-oop dunk, while jumping over someone and going through the legs.

As of this writing, Jones is going head to head with Orlando Magic big man Aaron Gordon in the final round of the 2020 Slam Dunk Contest.

Jones is averaging 8.7 points and 4.2 rebounds in 24.7 minutes per game this season.

We’ll find out if Jones can join teammate Bam Adebayo in taking home an All-Star Weekend trophy for the Heat this weekend.