Jimmy Butler sends worrisome message amidst Miami Heat’s struggles: ‘I can’t tell you what team is going to show up’ 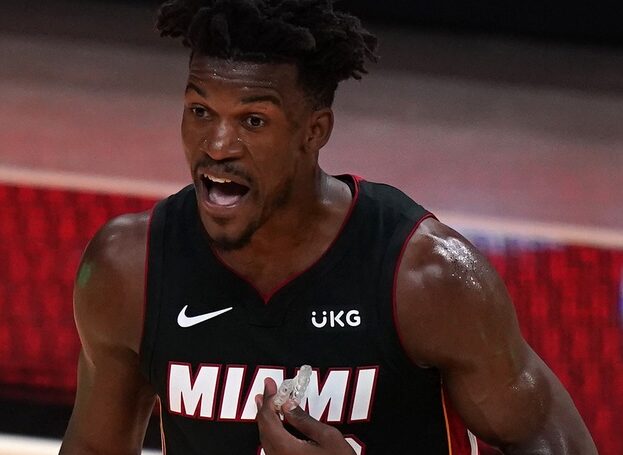 On Monday, the Miami Heat lost to the Chicago Bulls and are currently the No. 7 seed in the Eastern Conference.

The team has been inconsistent all season long, and leader Jimmy Butler admitted as much after Monday’s contest.

“We didn’t guard the entire game,” Butler said. “At the end we weren’t able to outscore them. It’s been like that all year long, honestly. I can’t tell you what team is going to show up.”

Hopes for the 2020-21 season were high after the Heat unexpectedly reached the NBA Finals last year.

However, this season has been marred by injury and absences, as many key players have been in and out of the lineup.

The team has struggled in other ways beyond that, particularly in the area of 3-point shooting, which was a huge strength last season.

The play of second-year man Tyler Herro, who was a revelation last season, has been somewhat disappointing this season.

Another concern is the status of newcomer Victor Oladipo, who suffered a non-contact injury a few weeks ago. It is feared that even if he returns soon, he may be a non-factor come playoff time.