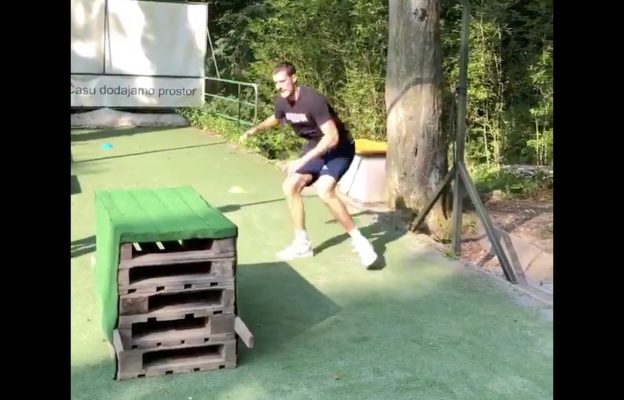 The 2018-19 NBA season is still nearly two months away, but it looks like Miami Heat point guard Goran Dragic is already in midseason form.

On Friday morning, the All-Star point guard took to Twitter to show off a workout that is certainly helping him stay in shape when it comes to both lateral and vertical movement.

Earlier this week, several of Dragic’s teammates posed for a picture after what seemed to be a rigorous game of pick-up basketball. While the 6-foot-3 point guard wasn’t present at that workout, it’s clear that he’s getting his sweat on regardless.

Last season, Dragic averaged 17.3 points, 4.8 assists, and 4.1 rebounds per game. He also served as a veteran presence on and off the court and proved to be a valuable member of the team that broke Miami’s playoff drought.

Based on this video, it seems the Slovenian national fully intends on having yet another strong season this year.

Hopefully the extra work will help Dragic lead the Heat to a deeper postseason run in the 2018-19 campaign.
[xyz-ihs snippet=”HN-300×250-TextnImage”]