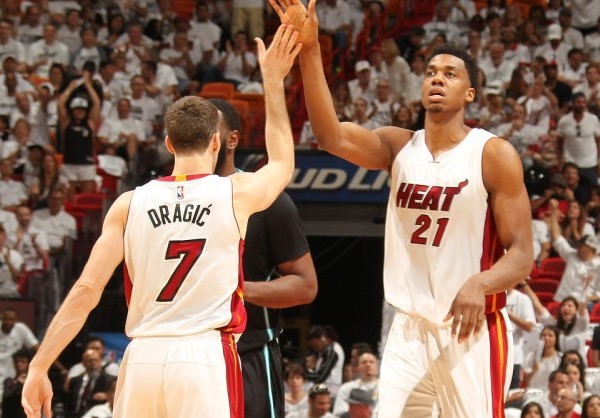 In ESPN’s Summer Forecast released on Monday, the ESPN panel voted on which NBA players would make their first All-Star Game appearance in February 2017.

Of the many players that received votes, three Miami Heat players were selected to possibly make the Eastern Conference All-Star team for the first time.

Among the top 10 in vote-getters was Heat center Hassan Whiteside, who racked up a total of eight votes and tied Utah Jazz center Rudy Gobert for ninth-most on the list.

Also on the list of first-time All-Stars were Heat point guard Goran Dragic with five votes and small forward Justise Winslow with one vote.

After former Heat superstar and three-time NBA champion Dwyane Wade announced that he would be heading to the Chicago Bulls this offseason, the opportunity for current Miami players to step up in a big way this upcoming season is on the table for the taking.
[xyz-ihs snippet=”Responsive-ImagenText”]