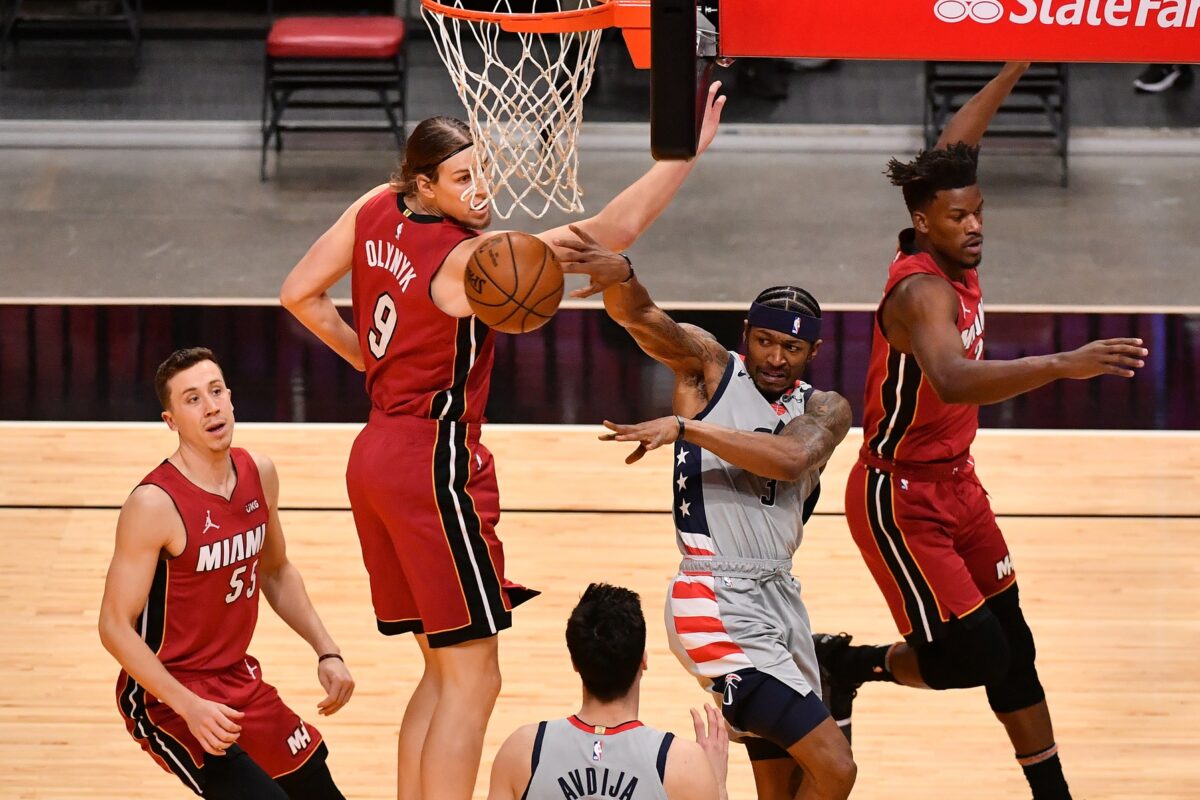 The Miami Heat have gotten off to a disappointing start so far this season, and Jimmy Butler and Bam Adebayo feel they’ve identified a couple culprits.

They most recently fell to the lowly Washington Wizards, 103-100, on Wednesday night.

Bam Adebayo on the biggest issue to fix: “I just think, getting stops. We gotta be on the same page on defense. I just feel like we have mental lapses, or a 2-3 minute stretch where teams get back into the game.” pic.twitter.com/nHRaVsqSz9

Jimmy Butler: “I think we’re just not making shots. When we’re not making shots it kinda gives us an excuse to go down there and not play defense I think that’s what it is.

Cause when we make shots we defend pretty well. I think we just gotta grow up in that sense.” pic.twitter.com/1FOh3ELQkG

Defense was a relative strength of the Heat last season when they made their unexpected run to the NBA Finals, as they were able to get timely stops throughout the postseason. This season, their play on the defensive end has left something to be desired.

Another big reason for the team’s dismal record is the absence of movers and shakers such as Butler and Tyler Herro from the active roster.

Butler recently returned from a long hiatus after adhering to the NBA’s COVID-19 health and safety protocols. He seems to have returned to form pretty quickly.

Slowly but surely, the Heat are getting closer and closer to returning to full strength. With the league’s midseason point coming soon, it would behoove the team to string together wins in bunches to return to the level of play it enjoyed last year.