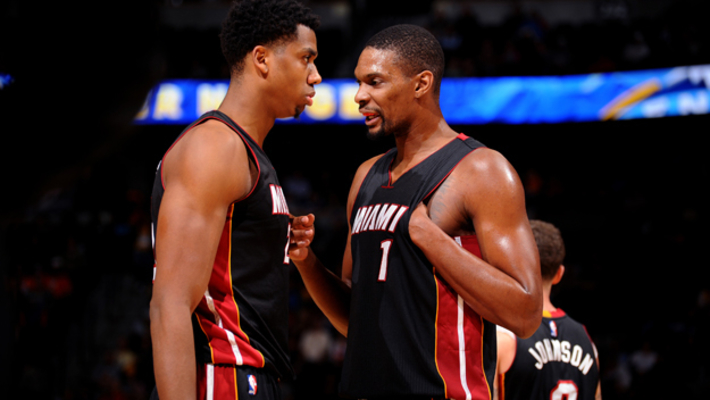 Miami Heat big man Hassan Whiteside has a lot to prove this season. In many ways, the same could have been said exactly one year ago when many experts expected Whiteside to take a leap forward in his career and establish himself as one of best centers in the NBA.

Instead, Whiteside’s 2017-18 season was marred by injury and filled with off-court distractions. Now, after an offseason full of rumors and reports that the Heat were looking to trade him, Whiteside will likely get an opportunity to redeem himself.

On Thursday, Bleacher Report’s Tom Haberstroh published a revealing article that profiled the ups and downs of the 7-foot center’s NBA career.

While Bosh has been absent from the Miami locker room since he was forced to leave the team after doctors discovered recurring blood clots in 2016, Whiteside is still incredibly grateful for having Bosh serve as a mentor earlier in his career.

“Bosh helped me a lot,” Whiteside said. “I really need to reach out to him; I know he’s going through a lot. I don’t know if he’ll hear this, but I miss him. I miss him a whole lot.”

Bosh and Whiteside played together for just under two years, and during that time their lockers were right next to one another. Unfortunately for both players, Bosh’s NBA career was put on hold before Whiteside signed a four-year, $98 million contract. That contract has played a huge role in the large expectations and subsequent criticism of Whiteside’s on-court performances.

It seems both Bosh and Whiteside are going through a time of transition. While Whiteside looks to get his career back on track, Bosh may have to begin coming to a realization that his NBA career has come to an end.

If the 2017 NBA rebounding leader’s message proves anything, it’s that he is working to grow emotionally off the court. He will now look to turn that into growth on the court as well.

Hopefully, the two are able to reconnect and help each other manage to demands that come with this next stage in both of their lives.
[xyz-ihs snippet=”HN-300×250-TextnImage”]