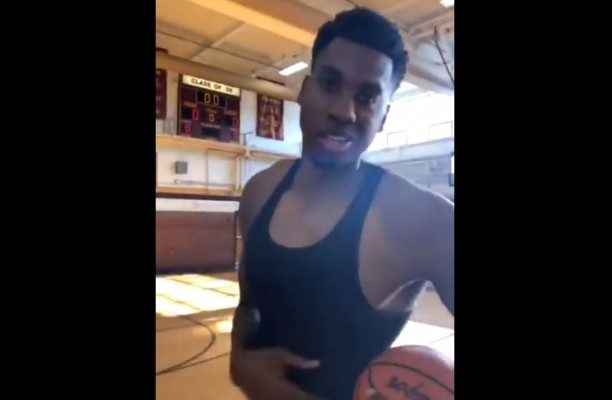 The shaky relationship between the Miami Heat and center Hassan Whiteside has resulted in trade rumors surfacing throughout the season. Though that may not end up happening, it appears clear that Whiteside is using social media to try and make the case that he’s capable of being a stronger offensive threat.

Hassan Whiteside — "There's a difference between 'you can't shoot and you're not allowed’ [to shoot]" ? pic.twitter.com/vgQ9yiT3sJ

In his fourth season with the Heat, Whiteside was limited by injuries to just 54 regular season games, scoring 14 points per game and putting up an average of 10.7 field goal attempts in each contest. Both numbers were down from his previous campaign, though they were still higher than the career numbers for the veteran, who turns 29 next month.

Whiteside was then virtually non-existent in the five-game playoff series against the Philadelphia 76ers, averaging just 15.4 minutes of action. In that brief time, he only averaged 5.2 points per game and put up four field goal attempts during each clash. Once that series concluded, he then was forced to deal with an onslaught of criticism about his performance.

The Heat appear likely to at least try and make the effort to deal Whiteside elsewhere, even though his contract will likely make that very difficult. The center is due to make over $50 million over the next two seasons, a steep cost for any team, which may mean that what Miami gets back in return could be limited.
[xyz-ihs snippet=”HN-300×250-TextnImage”]