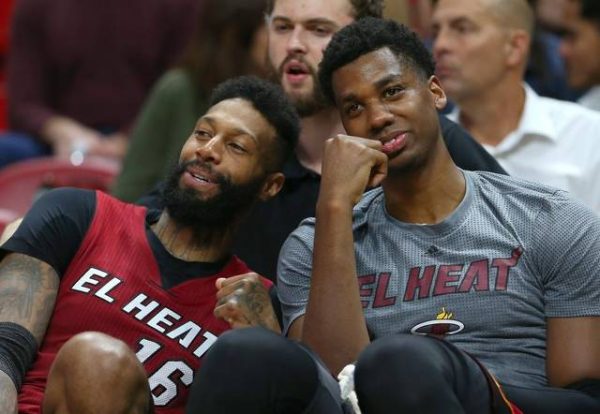 One of the constants in this offseason for the Miami Heat has been the presence of trade rumors surrounding the team. At various points, different players have been rumored to be headed elsewhere, but one Heat insider made a point to clarify that speculation doesn’t necessarily indicate that any such deals are in the works.

Ira Winderman of the Sun Sentinel answered questions from fans on a variety of Heat-related topics. Among those were one that focused on potential team trades, which led to the following lengthy response from Winderman:

“The longer that trade rumors sit out there, the less likely they are to have any basis in fact. The trades that you don’t see coming are the ones that actually are made. And for all this speculation of players removing certain team-related items from their social media, do you truly believe that players are told days or even weeks in advance of deals? Look, it’s August. It’s the slowest period on the NBA calendar. But also keep this in mind: When the Heat have made deals in August they generally have either been at the very beginning of the month or the very end. And then keep in mind that Pat Riley made a point in his late-July comments about wanting to give this core an opportunity to produce bigger and better things. Could something still happen in these intervening weeks? Sure. But when it happens . . . it will happen. It won’t be after days and weeks of, “Ah ha!” speculation. Rumors aren’t truth. Actual deals are the only truth.”

The two players that have been consistently mentioned in any rumored trade talks have been center Hassan Whiteside and guard Tyler Johnson. However, both guard Dion Waiters and forward James Johnson have also been thrown into the mix at certain points in such conversations.

As Winderman notes, the traditional timing of any Heat deals means that mid-August is a relatively quiet period. Throw in the fact that few teams have apparently expressed interest in taking on the expensive contracts of either Whiteside or Tyler Johnson and the silence becomes even more pronounced.

While roughly six weeks remain before the Heat open up training camp for the 2018-19 season, it appears that the existing roster will be the one that reports to camp. That doesn’t mean that deals can’t be crafted during this period, but the likelihood of it happening diminish with each passing day.
[xyz-ihs snippet=”HN-300×250-TextnImage”]