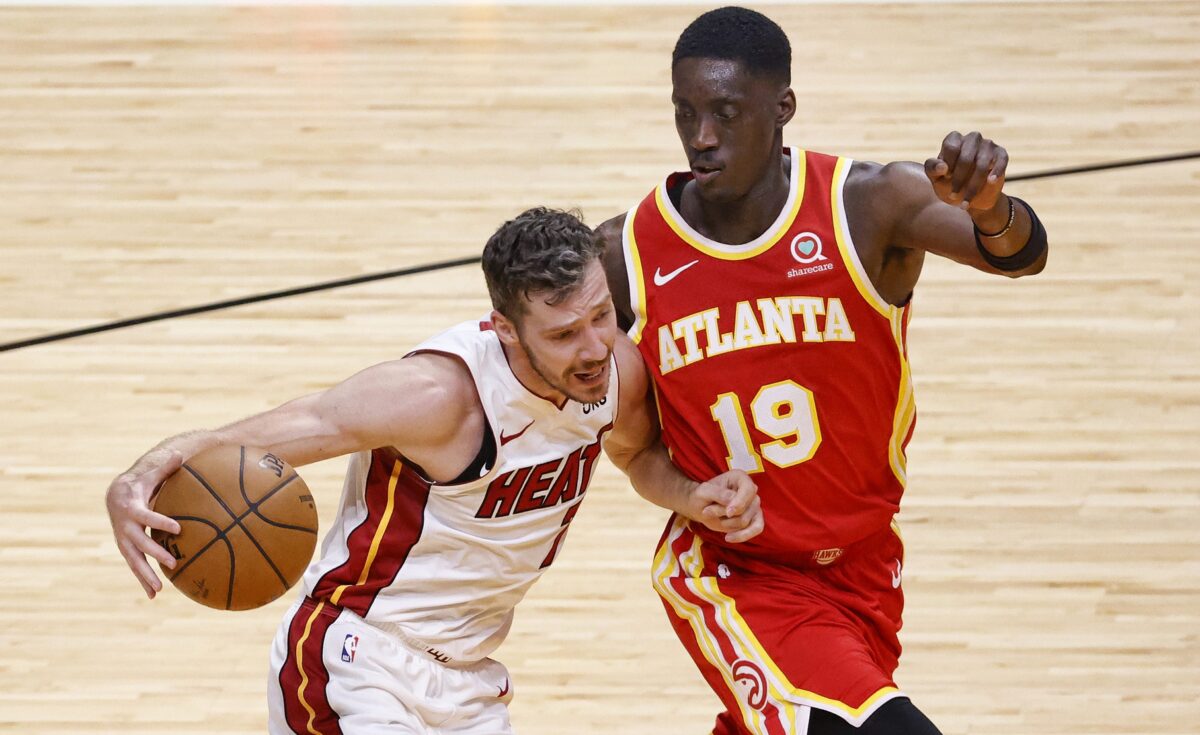 As the Miami Heat are fighting for a playoff spot, veteran guard Goran Dragic believes that the team is already in playoff mode.

Dragic spoke on Wednesday after the team’s shootaround and indicated that the Heat have a playoff mentality in place for the final 10 games of the regular season.

“This is already a playoffs for us,” Dragic said. “It’s a bunch of teams together, close, fighting for these last few spots. Every game counts. Every game the preparation is more detailed, the team needs to play at a higher level, and that’s what is expected.”

Due to changes this year, 10 teams from each conference will compete in the postseason, with the No. 7 through N0. 10 seeds involved in a play-in tournament, something Dragic is hoping to avoid.

“It is important. We don’t want to be in that,” Dragic said. “We want to be safe and play hopefully at home. That’s our goal.”

If the Heat can avoid the play-in portion of the playoffs, Dragic and the veteran-heavy roster would have an additional five days of rest before embarking on the postseason journey.

“If we can avoid that play-in tournament,” Dragic said, “yeah, that would be a huge deal for us.”

Entering Wednesday night’s game against the San Antonio Spurs, the Heat and Boston Celtics each have a 32-30 record, which currently puts them in a pivotal tie for the sixth-best record in the Eastern Conference.

The Heat have been inconsistent all season, with injuries, COVID-19 concerns and frustrating stretches of play serving as the chief reasons for those struggles.

If they hope to again reach the NBA Finals, the Heat need to adopt Dragic’s mindset and get things done.