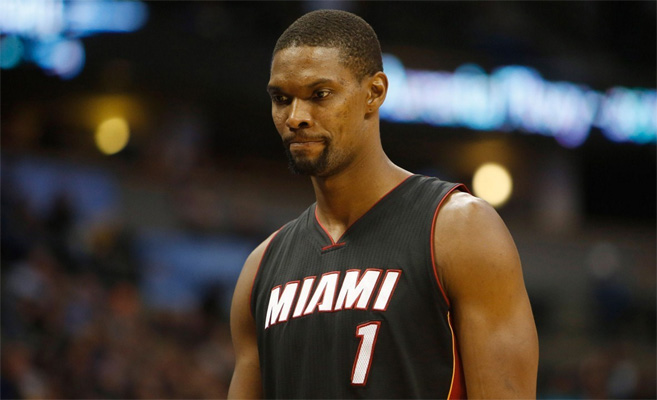 The uncertain status of Miami Heat forward Chris Bosh that’s led him to miss the second half of the last two seasons sounds eerily familiar to the tragic story of Hank Gathers, according to one of Gathers’ former teammates.

Former NBA player Bo Kimble, who was Gathers’ close friend and played with him at Loyola Marymount, is urging Bosh to retire rather than risk his life. Kimble spoke to TMZ about the potentially tragic parallels between Bosh’s situation and that of Gathers, who died after collapsing on the court in March 1990.

“There are so many other things he could do with his life,” Kimble said. “Hank Gathers had the same thing. Hank could have been a comedian, an actor or did speaking engagements. It’s not worth the risk. I would just say absolutely not, don’t do it.”

Gathers, who had collapsed on the court earlier that season, needed to take medication simply to keep playing. After complaining that the medicine made him sluggish, he made the tragic mistake of cutting back on it.

On March 4, 1990, Gathers and Loyola Marymount were facing the University of Portland in the championship game of the West Coast Conference tournament. After a first-half dunk, Gathers began to run up court. He collapsed and died in a nearby hospital shortly afterwards.

One connection to that sad event is Heat head coach Erik Spoelstra, who was on the court playing for Portland when Gathers collapsed. While he didn’t indicate that Bosh should retire, Spoelstra expressed his concern recently about his player’s plight.

“When you have somebody that you love and care for so much that’s going through something he can’t control, you just really feel for him,” Spoelstra added.

Joining Kimble in his request was Gathers’ brother, Derrick Gathers, who indicated that despite the tragedy having happened over a quarter-century ago, the pain of his loss is still there.

“To this day I am just getting over the loss of my brother,” Gathers said. “Bosh should just fall back and retire.”