Miami Heat: 5 Players That Could Fill The Void Left By Chris Bosh 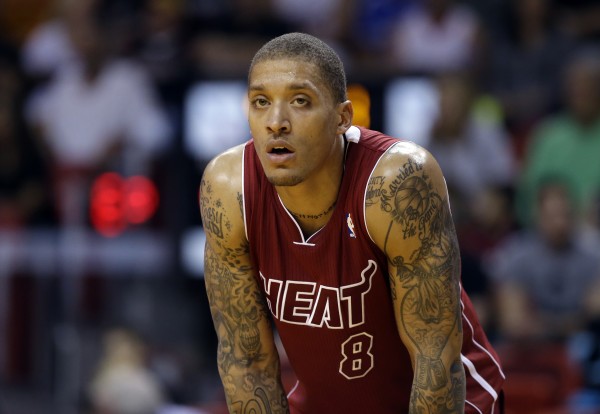 Just days after the Miami Heat acquired point guard Goran Dragic at the trade deadline, the team announced that Chris Bosh would miss the remainder of the season due to blood clots found in his lungs.

The Heat will be forced to find a suitable replacement for a player that ranked 13th in the league in points per game (21.1). Making matters worse is that Miami will have to fill the void either from within or through free agency.

Simply put, the Heat are very limited when it comes to their options in replacing Bosh.

CB was arguably the Heat’s best option on offense and was the one big that possessed a developed offensive game.

In Miami’s first two games without the 6’11” veteran, they have started 12-year veteran Udonis Haslem. While UD performed reasonably well versus the New York Knicks on Friday night, the fact remains he’s a little-used player averaging just a shade over 13 minutes per game in 38 appearances thus far this season.

Short-term, the Heat can get by, by starting players like Haslem and Chris Andersen at the power forward spot. However, the team will find out soon enough that they will be limited on what they can do on the court. Relying on aging bit players to play major minutes at the most physical position in basketball is asking for trouble.

Miami will most likely have to look to free agency to fill their starting power forward spot. Here are five candidates that can fill in for Bosh: 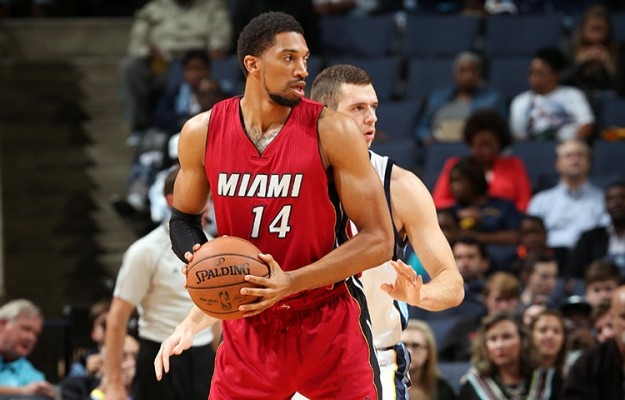 This one will be easy to come by for the Heat considering Khem Birch plays in the team’s D-League affiliate at the current moment.

Birch was on the Heat’s preseason roster during training camp and was the final cut before the regular season began. He impressed in preseason action with his ability to block shots and provide energy for a team that was lacking an intimidating presence in the paint.

However, that was then. This is now.

Hassan Whiteside now patrols the paint for the Heat, and he’s doing it better than anybody in the league. Whiteside ranks second in the NBA in blocks per game and fifth in opponents field goal percentage at the rim.

The issue by bringing Birch in is that he’s too similar to Whiteside in terms of what he brings to the table. They are both players who largely make their impact on the glass and on the defensive side of the ball. While Birch is no Whiteside, he makes his living based upon the same traits. Both players are somewhat limited offensively, and don’t possess the ability to create their own shots off the dribble like Bosh did.

However, if the Heat feel confident in Whiteside’s offensive abilities, they could take a chance on Birch and go through a platoon system where they start Andersen/Haslem/Birch depending upon the matchup.