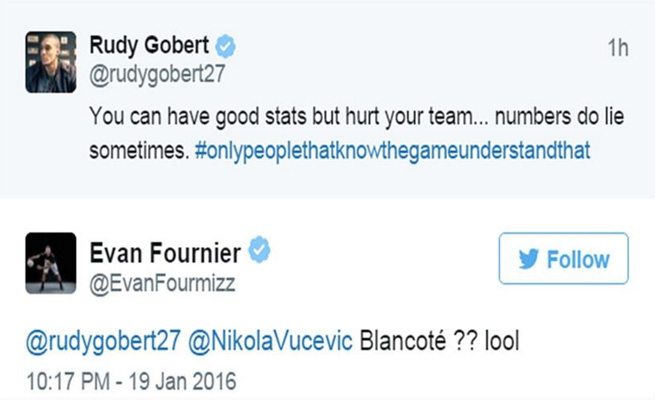 The Miami Heat, who fell to the Milwaukee Bucks on Tuesday night, were led by starting center Hassan Whiteside, who finished the night with 23 points, 18 rebounds, and two blocked shots.

For some reason, shortly after the game, budding young Utah Jazz center Rudy Gobert sent out a tweet, which called out those players who play the game strictly for numbers and not for wins.

You can have good stats but hurt your team… numbers do lie sometimes. #onlypeoplethatknowthegameunderstandthat

That’s when Orlando Magic guard, Evan Fournier, hinted at the discussion being about Whiteside, who had a big game in Tuesday night’s loss.

We’ll wait and see how Miami’s starting center responds, but we all already know it isn’t going to be pretty.
[xyz-ihs snippet=”Responsive-Ad”]